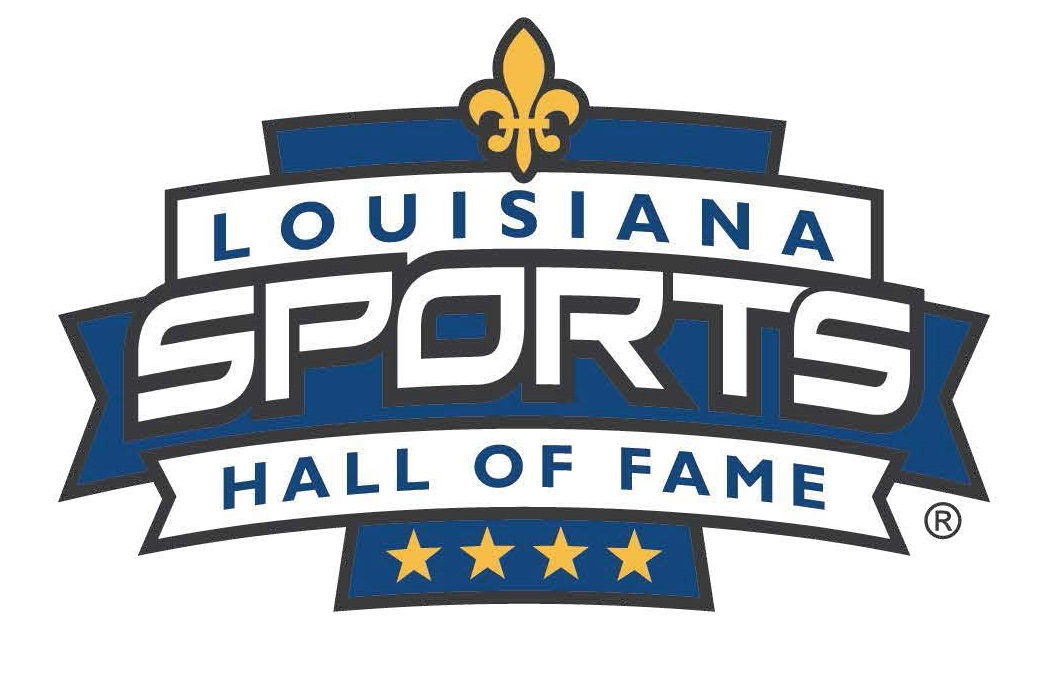 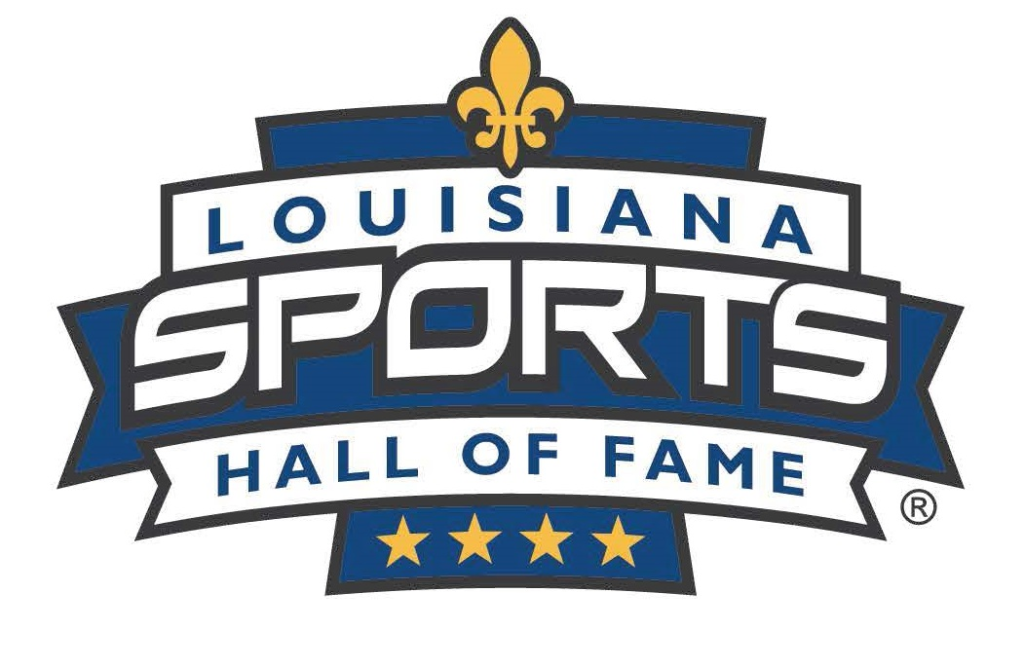 Baton Rouge-Episcopal High School track and field/cross country coach Claney Duplechin enters the Hall next summer still active, with his boys cross country team aiming for its 26th consecutive state championship this fall among an astounding 63 LHSAA crowns EHS has claimed in his career. Rounding out the Class of 2022 is the late Dr. Eddie Flynn, who as a Loyola-New Orleans student won the 1932 Olympic welterweight boxing gold medal for the USA, the last gold medal for an American boxer for 20 years.

The Class of 2022 will be enshrined Saturday, June 25, at the Hall of Fame’s home in Natchitoches to culminate the 63nd Louisiana Sports Hall of Fame Induction Celebration June 23-25.

Also to be spotlighted next summer will be three other Hall of Fame inductees, the winner of the 2022 Dave Dixon Louisiana Sports Leadership Award, and two recipients of the 2022 Distinguished Service Award in Sports Journalism presented by the Louisiana Sports Writers Association, the parent organization of the Hall of Fame. Those inductees from contributor ballots will be announced later this year.

The complete 12-person Class of 2022 will swell the overall membership in the Hall of Fame to 468 men and women honored since its founding in 1958.

Evans arrived in the NFL as part of the Saints’ initial draft class under coach Sean Payton in 2006. The fourth-round pick from Division II Bloomburg (Pa.) helped the squad reach the NFC Championship game and made the All-Rookie Team. That launched a 12-year pro career, all but the last one in New Orleans. He began a string of six consecutive Pro Bowl selections in 2009 when he helped the Saints win Super Bowl XLIV. Evans started all 169 games he played for New Orleans and was chosen for the NFL’s All-Decade Team of the 2010s.

Williams, a Ruston native, played in 46 games and started 33 for LSU, earning second-team All-America honors in his senior season of 2005 before 13 NFL seasons, all in Buffalo. When he retired, regarded as one of the franchise’s greatest leaders and the “heart and soul” of the Bills, Williams ranked fifth in team history in tackles (610) including a club-record 48.5 sacks by a defensive tackle. He played in 183 games, starting all but five after being a fifth-round pick in the 2006 NFL Draft. At Ruston High, where he is now the Bearcats’ defensive coordinator, he was the state’s Class 5A Defensive MVP as a senior.

Robichaux tops the state college baseball victory list and ranks 28th all-time in NCAA Division I history with a 1,117-767-2 record in a 33-year career at McNeese and UL Lafayette, which flank his hometown of Crowley. A pitcher in the early 1980s at both schools, he was head coach at McNeese from 1988-94, then spent 24 years (1995-2019) with the Ragin’ Cajuns until his unexpected death in mid-summer. He led UL to a fourth-place finish in the 2000 College World Series, in the school’s first trip to Omaha. He produced 12 NCAA Regional appearances and four Super Regionals, and a No. 1 national ranking for several weeks late in the 2014 season. Robichaux, who developed 86 major league draft picks and 29 All-Americans, will enter the American Baseball Coaches Hall of Fame in January.

Duhon, an Opelousas native, was inducted in the Pro Rodeo Hall of Fame in 2003 and the National Cowboy Hall of Fame in 2018. He won three world championships (1986, 1987 and 1993) as a steer wrestler and qualified for the National Finals Rodeo eight times, setting a Wrangler NFR steer wrestling record time of 3.0 seconds in 1986 that was finally tied 15 years later. He won the 1981 national high school reserve champion cowboy crown, then played in all 11 games as a true freshman linebacker that fall at LSU before deciding to focus on his favorite sport. In 1985, he won the Professional Rodeo Cowboys Association Resistol Rookie of the Year award, launching his legendary pro career.

Jackson became the second LSU female athlete to win the Roy F. Kramer Southeastern Conference Female Athlete of the Year award (preceded only by basketball’s Seimone Augustus, 2006). She won 12 career All-America honors, including 11 first-team awards, and in 2010 was LSU’s first AAI Award winner as the nation’s top senior gymnast and became the first Tigers gymnast to win the Honda Award as the nation’s best gymnast. She won the school’s first NCAA all-around championship in 2010 after claiming individual titles in the vault (2008) and beam (2010), and was inducted in the LSU Athletics Hall of Fame in 2019.

Sneed Newman was a four-time All-SEC picture from 1999-2002, and was the SEC Player of the Year in 2001 and SEC Pitcher of the Year as a senior, winning SEC Tournament MVP honors in her final two seasons. Her career record was 120-25 with an 0.89 ERA (all SEC records) while LSU went 230-45. She set SEC strikeout marks as a junior (410) and senior (478) and finished with 1,370 while firing a conference-record 55 shutouts, including 10 individual no-hitters, three more in tandem featuring a perfect game, and holding batters to a .147 average. She led LSU to its first Women’s College World Series and a third-place finish in 2001, and became the first softball player in the LSU Athletics Hall of Fame in 2009.

A Thibodaux native, Andolsek was 25 and emerging as one of the NFL’s best offensive linemen when he died in an offseason accident in 1992. In his final NFL season, Andolsek helped the Detroit Lions win the NFC Central title and advanced to the 1991 NFC championship game before he was named an All-Pro by USA Today. With Detroit, he played in 61 games and was a starter in 48 over his final three seasons. At LSU, Andolsek was a three-year starter and was named All-SEC, third-team All-American in 1986 and was later chosen as a member of LSU’s Modern Day Team of the Century. A two-year team captain for the TIgers, he was a prep All-American in 1983 at Thibodaux.

Duplechin, 68, owns three national coach of the year awards as he begins his 46th year of coaching and 43rd as head coach at Class 2A Episcopal after beginning his career under 2016 LSHOF inductee Pete Boudreaux at Catholic High in Baton Rouge. The Mamou native has 14 state runner-up finishes along with his 63 titles, a total that ranks sixth nationally and two spots ahead of Boudreaux’s count. The 25 straight boys cross country state crowns is second all-time, two back of the national record. Episcopal has won 33 of the last 35 2A boys XC championships and six times has been voted the top team in all classes. Duplechin’s boys squads have captured 17 outdoor track and field state championships, nine indoors. In 2020, MaxPreps rated the former LSU pole vaulter among the country’s top 100 prep coaches in all sports.

Flynn won Olympic gold in the welterweight (147 pounds) division at the 1932 Los Angeles Games, defeating Erich Campe of Germany in the final. Flynn fought for Loyola’s Wolfpack in the early 1930s under New Orleans sports icon and LSHOF member Tad Gormley. Flynn was the National AAU Champion in 1931 and 1932 and had an amateur record of 144-0. After the Olympics, Flynn fought professionally and compiled a 23-7-1 record until he was entered military service and served through World War II. Flynn, who became a dentist, was part of the inaugural Loyola Athletics Hall of Fame class in 1964 and is also a member of the Florida Sports Hall of Fame (inducted 1974), Greater New Orleans Sports Hall of Fame (1981) and Florida Boxing Hall of Fame (2010).

Evans will become the 18th former Saints standout, coach (Jim Mora) or administrator (Tom Benson, Jim Finks) inducted, and will be only the fourth New Orleans player from this century so far to join the LSHOF ranks, along with receiver Marques Colston, running back Deuce McAllister and Pro Football Hall of Fame offensive tackle Willie Roaf.

Duhon is the second rodeo competitor elected to the Hall, following Leesville’s T. Berry Porter in 2019.

The 2022 Induction Class will be showcased in the Louisiana Sports Hall of Fame Museum, operated by the Louisiana State Museum system in a partnership with the Louisiana Sports Writers Association. The striking two-story, 27,500-square foot structure faces Cane River Lake in the National Historic Landmark District of Natchitoches and has garnered worldwide architectural acclaim and rave reviews for its contents since its grand opening during the 2013 Hall of Fame induction weekend.

The nine new competitive ballot inductees will raise the total of Hall of Fame members to 367 competitors honored since the first induction class —  baseball’s Mel Ott, world champion boxer Tony Canzoneri and LSU football great Gaynell Tinsley — were enshrined in 1959 after their election a year earlier.

The 2022 Induction Celebration will kick off Thursday, June 23, with a press conference and reception. The three-day festivities include two receptions, a free youth sports clinic, a bowling party, and a Friday night riverbank concert in Natchitoches. Tickets for the Induction Ceremony, along with congratulatory advertising and sponsorship opportunities, are available now through the LaSportsHall.com website.

Anyone can receive quarterly e-mails about the 2022 Induction Celebration and other Hall of Fame news by signing up on the LaSportsHall.com website.

The 2022 Induction Celebration will be hosted by the Louisiana Sports Hall of Fame Foundation, the support organization for the Hall of Fame.  The LSHOF Foundation was established as a 501 c 3 non-profit entity in 1975 and is governed by a statewide board of directors.  For information on sponsorship opportunities, contact Foundation President/CEO Ronnie Rantz at 225-802-6040 or RonnieRantz@LaSportsHall.com.  Standard and customized sponsorships are available.