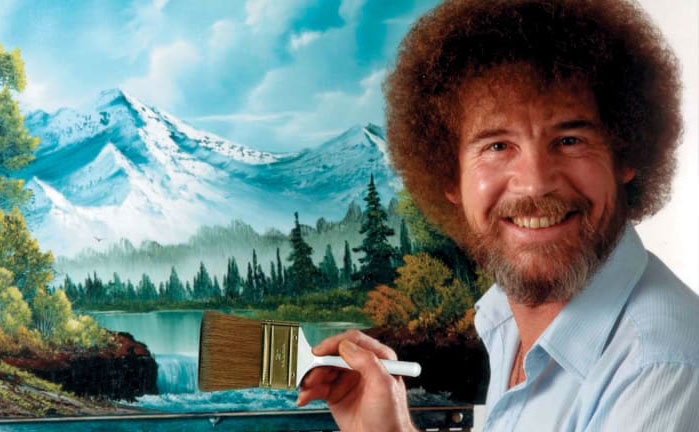 MY LATEST WORK OF ‘ART’

There are a lot of famous quotes about art – although I was aware of none of them until I did an Internet search that immediately called up “101 Quotes about Art if you need some inspiration.”

Well, I needed only a quote but inspiration never hurt anybody, so I was game.

“Art is a line around your thoughts,” said Gustav Klimt. I had to look him up just so I don’t find out sometime later on that I was quoting some random guy’s grandmother named Gustav. Turns out Klimt is an Austrian painter. My Uncle Charlie Wolfe is an American painter, but when he’s done putting a second coat on someone’s living room ceiling I’ve never heard him say he’d just put a line around his thoughts, although there usually is a good amount of paint spatter on his face.

Speaking of ceiling painters, there’s Michelangelo. He’s an artist whose name I recognize. He said, “If people only knew how hard I work to gain my mastery. It wouldn’t seem so wonderful at all.” I don’t question his artistry, but I’m a little suspect about his grammar. Did he really mean to say that in two sentences? I get the sense he’s trying to be humble, but written as two sentences I’m left with the impression that he’s really being more of a whiner.

Then I have to question the motive behind this off-putting quote about artistry being used in an article that promises to inspire me: “Inspiration is for amateurs,” said artist Chuck Close.  “The rest of us show up and get the work done. If you wait around for the clouds to part and a bolt of lightning to strike you in the brain, you’re going to make an awful lot of work.” I had to look him up too because “Chuck” is a name I didn’t expect to see among a lineup of famous artists with names like Michelangelo, Pablo Picasso, Vincent Van Gogh, Claude Monet, Salvador Dali, and so on. But there he was, and he was listed as “Chuck Close, Artist of Outsized Reality.” He died this year at the age of 81, and he’s best known for colossal portraits.

As I scanned through the article of Chuck Close, I was suddenly inspired beyond my wildest expectations when I ran across this sentence: “Mr. Close began using an airbrush and diluted black paint to create highly detailed nine-foot-tall grisaille paintings based on mug-shot-like photographs of himself and friends.”

I was inspired to write this very article for the very reasons stated at the end of that sentence: “mug-shot-like photographs.” And that’s my question exactly: Is it truly art if it’s mug-shot-like?”

For the past several years I have had this ongoing debate whenever I look for more upscale pieces of art to put in my home. By upscale I mean something that is more of an actual piece of painted art versus a print that you might find already framed at a Walmart or Target. The wife and I spend a lot of weekends at art festivals looking for works by local artists and for meaningful pieces that speak to us – whether it’s a scenic piece of a place we’ve visited or one that truly captures the aesthetics of Florida and why we want to spend the rest of our lives here.

If you just want a big picture of my face, hence a “mug-shot-like photograph,” then take a picture with a camera and blow it up beyond proportion. Where’s the art in that? And if you’re doing it instead with pen and ink, why spend all that time drawing, shading, and painting for what amounts to a hand-drawn mug-shot-like photograph?

You want to color it all up Peter Max-style, or like a Leonard Neiman painting? Call it art if you want, but sure seems a lot like a cartoon to me.

When a picture is so detailed that it becomes more of a snapshot, or so distorted and colorful it becomes cartoonish or a caricature, I have a hard time calling that art. Well done, maybe. Interesting to the eye, sure. But is that a true work of art?

When I think of true art and artistry, I remember a time as a young man living in Louisiana and a lazy Saturday afternoon spent channel surfing on the TV, where I ran across a curly-headed, bearded guy with a soft-spoken voice on the Public Broadcasting Station. I watched him as he turned a blank white canvas into a whispering stream using delicate strokes of a paint brush. It wasn’t a small brush you’d picture in an artist’s hand, but the kind one might use to paint a wall in their home. As he painted, the stream began to split the landscape under a clear blue sky. The leaves on the trees that lined the stream’s banks hinted it was early fall. Patches of grass and weeds stretched like fingers along the bank, and a sheen on the water’s surface reflected the day glow of sunlight peeking through the piney woods. It was already a beautiful piece of art in my eyes, but then he snaked a palette knife delicately down the middle of the languid stream and brought that narrow, winding body of water so much to life you could almost hear it trickle over some rocks that were also painted by the artist to complete his magical streamscape. “Just let it happen,” he said.

Not a photo, nor a cartoon, but a painted masterpiece as far as I was concerned. He had taken me to a place that doesn’t even exist, but brought it to life in front of my eyes.