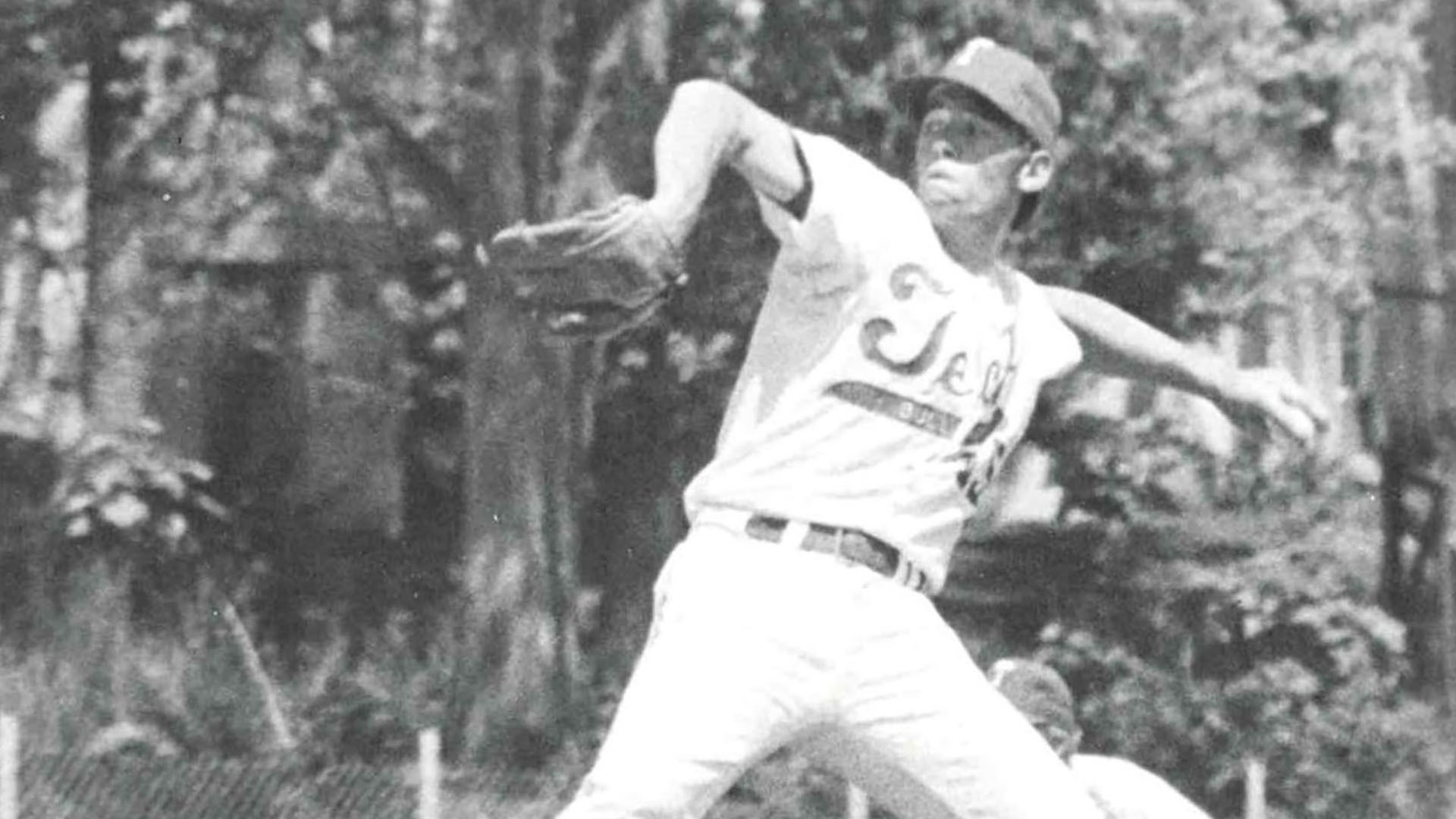 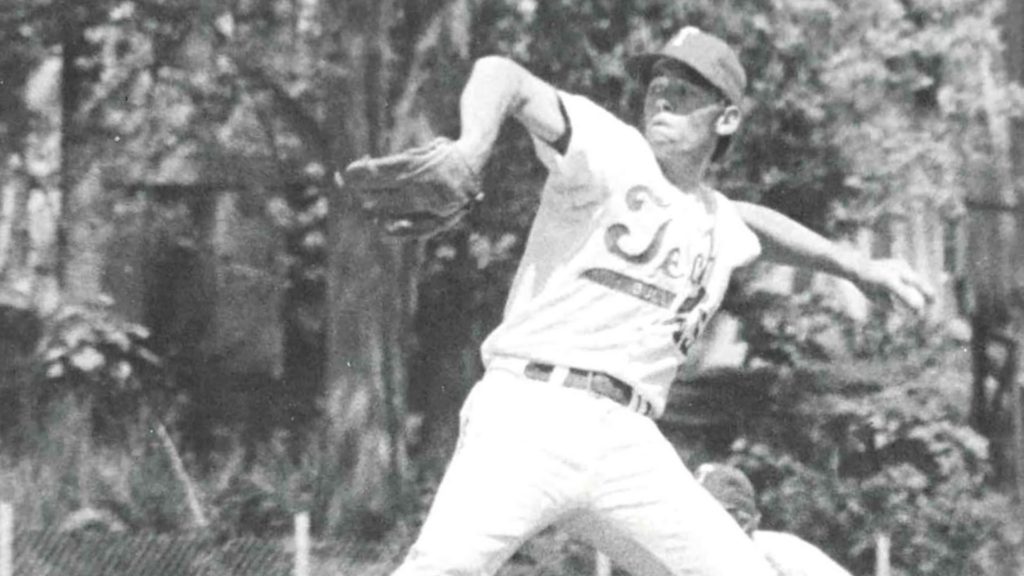 Louisiana Tech’s J.C. Love Field was new in 1971, brand spanking, the best baseball park in the state — and it wasn’t even close.

New too was Eddie Holman, prized recruit, twice an All-Stater at Ouachita High in Monroe and the Most Valuable Player in the Dixie Senior World Series Tournament after he threw 13 consecutive scoreless innings, gave up just three hits, and struck out 17 for the defending champs.

By the time Holman finished his senior year and Love Field turned 4, that pair and a bunch of solid baseballers had combined for a quartet of seasons that laid the foundation for a Bulldog Baseball Era that all other stretches will be measured against: seven NCAA Regionals in 17 seasons.

So there were worse things than being a Louisiana Tech baseball player in the early 1970s. The Blue Goose, Tech’s old travel bus, had been retired. The field was new. The uniforms were new. Plus 126 wins, two conference titles, and two NCAA Regional appearances in four years.

Holman, a left-handed workhorse with the gait of a champion, a fastball in the 90s and a sharp breaking curve, was a big reason for that.

Forty-five years later, Holman remains the program’s leader in career wins with 33 and strikeouts with 336, still the SLC record even though Tech didn’t join the league until Holman’s sophomore year. He holds individual season pitching records for strikeouts with 130 and strikeouts per nine innings with 12.67, both set when he was a sophomore. He’s tied for fourth in single-season wins with 10 in 1972, and he’s 10th for fewest hits allowed per nine innings, 5.43 as a freshman.

Fast Eddie, they called him.

He was 6-1, 190, and when he was on the mound, every inch and every pound went into getting the enemy out, preferably on strikes.

Some kind of fun…Back then, the student-athletes lived in the same dorm and went to each other’s games. It wasn’t unusual for half the basketball team or football team to be at Love Field.

“It was a brotherhood; no telling how many times I watched Eddie pitch,” said John Allen, who threw javelin for Tech’s 1973 SLC track and field champs. “I’m just glad I didn’t have to hit against him.”

Fun days. You can close your eyes and picture it, almost hear it…

On one of those long-ago spring afternoons, maybe on a double-digit strikeout day, with his white cotton Dodger-style uniform on, the “Tech” in red script across his chest, the blue number below it, Holman, from his steering-wheel spot on the mound, the baseball in his hand, an 0-2 count on a left-handed batter, teammates all around him chattering with gloves ready and more friends in the stands, must have smiled inside and thought to himself, “There is no way anybody in the world should be allowed to have this much fun.”

Fast Eddie. King of the Hill.

Holman’s reputation with anyone who knew him as a college pitcher was one of serious business on the mound and funny business off it.

When baby brother and future Tech Athletics Hall of Famer Dale came to Tech a couple of years after Eddie graduated, legendary Tech baseball coach Pat “Gravy” Patterson told a sportswriter he hoped that Dale would “open up” a little more. “He’s not as loose as his brother Eddie was,” Gravy said, “but then again, I’m not sure we want him that loose.”

“He was a fun-loving guy, but what a competitor,” said Tech’s Hall of Fame sports information director Keith Prince. “He’s one of those guys who just wanted the ball.”

“I was pretty relaxed on the mound; intense, but relaxed,” Holman said. “I never thought about it a whole lot, but every time I went out there, my goal was to throw a no-hitter. When they got a hit, then my goal was to strike out as many of them as I could.”

He got his no-hitter as a sophomore against Louisiana College, March 1,1972. Before and after were all those strikeouts. And wins. As a junior, he and that whip-arm action had already broken Tech career records for most wins and strikeouts; with every win and punch out after that, he just kept breaking his own records.

“Great eye-hand coordination, physically developed, just a natural guy,” Dale said. “Tell him to pick up a rock and throw it and hit a telephone pole, he’d automatically do it every time.”

The boys grew up with older brother and sister Jim and Donna and baby sis Faith, the future All-Louisiana and All-South Region shortstop for the Lady Techsters softball team that went 45-11 in 1986. They lived at the end of a long rock driveway 10 miles east of Monroe, the site of wiffleball games that were “nothing short of epic,” Eddie said.

“We didn’t have much equipment but we played ball all day anyway,” Eddie said. “There was nothing to do but play ball.

“I’m just glad my mom and dad didn’t push me to play sports,” he said. “They were proud of us, but they put no pressure on us, didn’t give too much advice. They let me and Dale and Faith, all of us, do it our way, no expectations.”

When he was off work from the grocery store, Mr. Q.P. would often line his kids up and hit what the children called “ground skinners.” If they caught 15 in a row without making an error, he’d buy them a half-gallon of ice cream.

“On about skinner Number 12 or 13, Brooks Robinson and Ozzie Smith together couldn’t have handled it,” Eddie said. “You’d have to make all kinds of diving catches the closer he got to 15. We made it to the ice cream now and then, but we had to work for it.”

Age 9 was when Eddie found himself on a Little League team.

“I didn’t know they were playing hardball,” he said. “I thought it was underhand, like we played at recess. First time I came up to bat, a boy about 6-6, tallest kid in the league, looks like Randy Johnson, he’s the pitcher and hits me right in the side.

“From then on, when they started winding up, I started backing up,” he said. “I was the only kid on the team who didn’t get a hit all year. I figured if I was going to play ball, I’d rather be the pitcher.”

“He always played with the older kids; in high school, he was a freshman playing with the varsity,” little brother Dale said. “Same thing at Tech. So he wasn’t intimidated by anybody.

“I figured it up one day,” Dale said. “The honest truth is, he almost never lost in Little League or in Dixie. Maybe never. He did in high school a couple of times. By the time he was drafted by Texas, he’d won way over 200 games and lost maybe 20.”

“The situation we were in, we needed two more starting pitchers,” said Gary Patterson, a senior during Holman’s freshman year. “Gravy signed Bill Norwood and Holman. They were the reason we won conference my senior year; those two got us through.”

“He had an unbelievable curve ball that started out as a strike and ended up in the dirt,” said Dale, the SLC batting champ in 1979 when he hit .407. “His fastball had a tail up and away from right-handed batters; it’s a pitch that looks like a strike, but by the time you swing at it, it’s not.”

“He had a live arm, very consistent,” said Patterson, who led the team in batting average in 1970 and in walks in ’71. “If we score a few, we’re winning the game. Sometimes, we didn’t have to score that many.”

His junior season, Holman shut out Ole Miss, struck out 12. But it was just the eighth game of the season and chilly. For the first time, his arm hurt.

“Never had an issue until then; first time I ever got a cortisone shot,” he said. “Back then, everybody pitched the whole game. Anyway, that’s when I started having shoulder problems.”

The strikeout numbers were never the same through his senior season and a 20-20 record in a couple of years in the minors. But he finished strong at Tech: he won 9 games as a senior, including four down the stretch as the Bulldogs won nine of their final 11 regular season games to make the regional.

Holman also won his final game as a Bulldog, a testy 5-4 battle in the regional against a Texas team that would finish 54-8. Holman beat Longhorn ace and future major leaguer Rich Wortham, 50-7 in his college career.

But Texas won the next two games to advance to the College World Series.

“One of Eddie’s best traits was that he was confident in his abilities — and he backed up that confidence with a strong showing against the mighty Longhorns,” said Tech grad and retired sportswriter Nico Van Thyn.

“That team was solid,” Holman said. “We had some good players, good pitching; me and (Randy) McGilberry and Norwood and Rodney Howard, we were gonna keep you in the game. We’d all played together for a good long time; just solid.”

And after that tough first plate appearance in Little League, Holman even learned to hit. He batted .371 for Tech, and at an Old Timers game around 15 years ago, both he and Dale homered. Both are on the SLC’s 1970s All-Decade Team.

Recently retired from a successful business career, for the past few years Holman’s gone on vacations with Patterson and two other teammates, third baseman Ronnie Burns, who led the 1971 team in RBIs and homers, and centerfielder Fred McGaha, who won the SLC’s George Kell Hitting Award in 1972 and still holds the program’s career steals record with 75. They’re getting slower than when they played baseball but getting much, much better at lying.

“I’m doing community service,” Holman said of spending time with them. “All we talk about is our time at Tech. Lately I’m hearing stories about how one of them robbed a guy of a home run to win me a game and another one made a diving stop or threw out a guy flat-footed. As ballplayers, they seem to get a lot better every year.”

“Our wives get along great,” Holman said, “and there’s no friends like old friends.”

He “couldn’t be happier” about his induction, something he feels means more to him now than it would have years ago.

“So many of the guys are going to come,” Holman said. “And all the childhood memories we had coming up when we had to make up games to play, walking or riding our bikes all over Monroe just to get to a ballpark…the fact that my brother’s in there…I’m a lot more excited than I thought I’d be.”

The Hall is a long way from rock throwing for an intense competitor like Fast Eddie who always just wanted to be in on the fun and games.

“Somebody told me that at one of the State Fairs when Eddie was in college, well, you remember that game where you throw the ball and try to break the beer bottles?” Dale said. “He cleaned ’em out.”