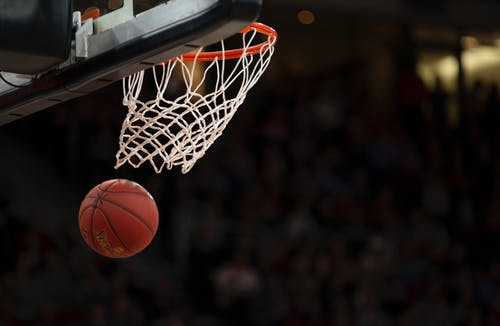 This is a subject that is going to have a limited audience, and it’s not exactly timely. But for fans of basketball — specifically, high school boys basketball in the state of Louisiana — here is a history lesson.

And a premise: For Louisiana high school hopes, nothing beats the 1970s. Yes, six decades ago for greatness.
We’ve done the research (it took days) and we’ll put it out there. The competition is stiff; Louisiana has a helluva history for athletic talent, and you could pick any of the last six decades — through today — as the best for basketball and not be wrong (it’s subjective).
But we’ll take the ’70s.
Admittedly, we’re partial, having covered — for Shreveport’s newspapers — seven state tournaments in those 10 years. Saw some great players then, and the idea for this blog came from two early 2021 developments:
(1) The selection and upcoming (delayed) induction of Louis Dunbar to the Louisiana Sports Hall of Fame;
(2) An “SEC Storied” production on the SEC Network on the 1978 Kentucky NCAA men’s basketball championship team that included Rick Robey.
Dunbar and Robey. Big men in a big time. With plenty of ’70s company …

Start the list with Robert Parish, and yes, he’s a personal favorite, with close ties to the schools where he played (Woodlawn High, Centenary College).

Ask me, and I’ll tell you Robert is the best player to come out of a Louisiana high school (certainly the best 7-footer). The most regular-season games played by anyone ever in the NBA over an astounding 21 seasons, four NBA championships (with an assist from Larry Bird and Michael Jordan), the Naismith Basketball Hall of Fame.
And, yes, I know that puts Robert above Bob Pettit, Willis Reed, Elvin Hayes, Karl Malone, Joe Dumars and others in my estimation. 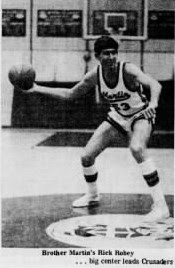 Watching the SEC story on Robey was a reminder of his unique achievement: state champion (Brother Martin in New Orleans, 1974), NCAA champion (Kentucky) and NBA champion (with the Celtics). Doubt any player in Louisiana history can match that.

(Reminder, too: Robey (6-foot-11) was a backup center to Parish for five years with the Celtics.)
As I’ve written before, several times, Dunbar –a high school and college rival of Parish’s — was the most versatile, most talented Louisiana high school player I’ve seen. At 6-foot-8, he could, and did, play anywhere on the court; he was a Magic-like point guard and the future Globetrotters “clown prince,” player personnel director and coach.
The start of the 1970s also gave us the greatest scorer in high school basketball in the country to that point: Ebarb’s Greg Procell, the rapid-fire hot shot 6-foot guard whose 6,702 points (1966-70) included the 100-point night he had against Elizabeth on January 29, 1970.
What a start to the decade that was.
Louisiana high school basketball, we would guess, has improved by the decade as players are bigger and stronger. Personally, I can’t say for sure because we’ve been gone from there for more than three decades.
But he’s a major reason why the game grew — and was so much fun to watch — in the 1970s: full integration.
—
The 1969-70 school year was the last year of operation for the Louisiana Interscholastic Athletic and Literary Association (LIALO), the all-black schools’ organization which had existed for decades and included some 185 schools.
There was some newspaper coverage of the LIALO, but for the most part, its championships were conducted in a separate — and not as publicized — setting. 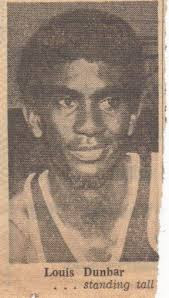 The last LIALO championships — state basketball tournament in March — were in 1970. Parish, then a sophomore at Union High in Shreveport, played there. But we didn’t get to see any of the sensational Parish vs. Dunbar (Union vs. Webster High) battles in 1969-70. We only read about them.