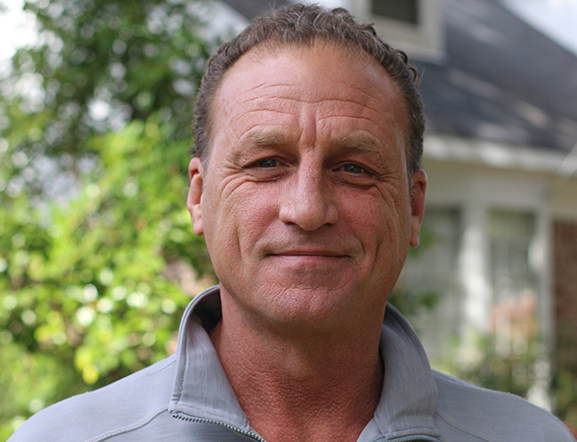 DW Co-Founders Note — There is some concern around the Designated Writers home office that the news you are about to read could result in his own private bathroom and one of those “Reserved 24 Hours a Day” parking spots. But even so, it’s a small price to pay for such a large honor for our boy Teddy. Fear not — your subscription rate to DW will not increase now that we have a “distinguished” member on staff.

The duo will be inducted in the Louisiana Sports Hall of Fame next June, LSWA president Raymond Partsch III and Hall of Fame chairman Doug Ireland announced Tuesday.

Allen, who has been north Louisiana’s preeminent feature columnist for over 30 years, has been nationally recognized for his writing while working in Shreveport, New Orleans and Ruston. Author of three books, Allen has been a focal figure for the university communications department at his alma mater, Louisiana Tech, since 2008, and has been part of the Hall of Fame selection committee for two decades-plus.

Forman is the only person to serve as president of both the Louisiana Press Association and the LSWA. While winning hundreds of state writing and editing awards including news, sports and outdoors coverage from both organizations, the Pineville native and Louisiana Christian University alumnus has been a pivotal leader for the LSWA and for over 25 years has been on the Hall of Fame selection committee.

The DSA honor, to be made official next summer in Natchitoches, means Allen and Forman will be among an elite 12-person Class of 2022 being inducted in the Louisiana Sports Hall of Fame. They were selected from a 29-person pool of outstanding nominees for the state’s top sports journalism honor.

The Distinguished Service Award in Sports Journalism recipients are chosen by the 40-member Louisiana Sports Hall of Fame selection committee based on nominees’ professional accomplishments in local, state, regional and even national circles, with leadership in the LSWA as a beneficial factor and three decades of work in the profession as a requirement.

Baton Rouge-Episcopal High School track and field/cross country coach Claney Duplechin enters the Hall next summer still active, with his teams capturing an astounding 64 LHSAA crowns in his career. Rounding out the Class of 2022 is the late Dr. Eddie Flynn, who as a Loyola-New Orleans student won the 1932 Olympic welterweight boxing gold medal for the USA, the last gold medal for an American boxer for 20 years.

The 2022 inductees will be showcased in the Louisiana Sports Hall of Fame Museum, operated by the Louisiana State Museum system in a partnership with the Louisiana Sports Writers Association. The striking $23 million, two-story, 27,500-square foot structure faces Cane River Lake in the National Historic Landmark District of Natchitoches and has garnered worldwide architectural acclaim and rave reviews for its contents since its grand opening during the 2013 Hall of Fame induction weekend.

The selection of Allen and Forman was announced Tuesday by LSWA president Raymond Partsch III.

“We could probably fill a wing of the Hall of Fame with the amount of hardware that Teddy and Garland have won in their storied careers, which is saying something. But for me, what stands out about this year’s DSA honorees is how they are truly two of the most unselfish individuals that you will be blessed to encounter in our business,” said Partsch.

“From Teddy stepping up to serve as master of ceremonies for the LHSOF Induction year after year to Garland’s tireless work with both the LSWA and LPA, their sacrifices and behind-the-scenes efforts have been immensely valuable to both the LSWA and the LSHOF. We have been truly blessed to have both Teddy and Garland to be a part of our state’s storied sports history and there is no better way to honor them than having them inducted into the Louisiana Sports Hall of Fame.”

One of Louisiana’s more beloved writers, of sports and other things, Allen has piled up awards from the LSWA and many other entities since the mid-1980s. He worked for the Shreveport Journal and The Times in Shreveport, then for the Times-Picayune in New Orleans, first covering LSU and then expanding his role to step into the slot as primary columnist as the iconic  Peter Finney gradually downshifted his contributions. Recently joining the Online Journals group of 10 northwest Louisiana parish publications, headlined by the Lincoln Parish Journal and the Natchitoches Parish Journal, Allen was previously a featured columnist for Gannett’s north Louisiana papers over the last three decades.

After returning to Shreveport with The Times in the early ‘90s, Allen moved east to his beloved alma mater, Louisiana Tech (bachelor’s 1982, master’s 1984), in 2008 as a writer and editor in the university communications department. Over the last decade, he has done radio broadcasting for Tech sports (football color analyst, and recently, some baseball play-by-play) and serving as a master of ceremonies for many events at the university and for the Louisiana Sports Hall of Fame Induction Ceremony for the better part of the last two decades.

Allen’s work has been featured in the Poynter Institute’s annual “Best Newspaper Writing.”

He is co-founder of DesignatedWriters.com, an online publication including columns, features and video segments.

For four-plus decades, Forman has developed a reputation for being one of the most honored, well-respected sports journalists in not only Central Louisiana but the entire state.Forman started reporting while a student at then-Louisiana College in the late 1970s. That led to freelance work for both the Eunice News and Ville Platte Gazette in 1980. Seven years later, Forman was named managing editor of the Bunkie Record and remained there until the fall of 2018 when he was named publisher of the Ville Platte Gazette and six other papers.Now based in Ville Platte, he currently oversees 13 weekly newspapers as publisher for the Louisiana State Newspapers group across north and central Louisiana.

The 2022 Induction Celebration will kick off Thursday, June 23, with a press conference and reception. The three-day festivities include two receptions, a youth sports clinic, a bowling party, and a Friday night riverbank concert in Natchitoches. Tickets for the Saturday night, June 25 Induction Ceremony, along with congratulatory advertising and sponsorship opportunities, are available through the LaSportsHall.com website.

Anyone can receive quarterly e-mails about the 2022 Induction Celebration and other Hall of Fame news by signing up on the LaSportsHall.com website.

The Induction Celebration weekend will be hosted by the Louisiana Sports Hall of Fame Foundation, the support organization for the Hall of Fame.  The LSHOF Foundation was established as a 501 c 3 non-profit entity in 1975 and is governed by a statewide board of directors.  For information on sponsorship opportunities, contact Foundation President/CEO Ronnie Rantz at 225-802-6040 or RonnieRantz@LaSportsHall.com.  Standard and customized sponsorships are available.