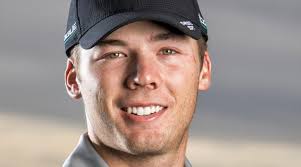 Winning at any level isn’t easy. Especially at the highest level of sports because talent often isn’t the overriding factor. Some days you have it, some days you don’t. And on those days when you do have it, someone is out there trying their damndest to make sure you don’t win. A relief pitcher who throws 100 mph. A 7-footer at the rim.

Plus, think about how difficult it is in an individual sport. You have to be better than everybody in the field. A wide receiver just has to beat one defensive back, not all of them.

And then there is the luck factor. Last week in the Daytona 500, a journeyman named Michael McDowell benefitted from a wreck on the final turn and he won a race for the first time in 358 starts. Right place, right time.

For the professional athlete who is at the top of his chosen profession, your best often still isn’t good enough. Sam Burns led the Genesis Open for 94 percent of the tournament this weekend. For a big part of that event, he not only looked like the best player at Riviera Country Club in Los Angeles, but it looked like he might the lap the field. He led by five strokes after 36 holes.

But it’s hard to win a golf tournament, especially if you haven’t won a PGA event before. Burns has won all kinds of tournaments at every level. And he’s had the lead at various points in PGA tournaments.  But couldn’t finish it off.

That’s because winning is hard to do. Max Homa missed a three-foot putt on the 72nd hole Sunday, then had to hood a wedge to hit a ball resting against a tree (try that one sometime) on the first sudden death hole all within a space of about 30 minutes. He did win the Genesis one hole later because Tony Finau couldn’t make a putt.

Winning a golf tournament can often be found at the intersection of good luck, bad luck, talent and experience. Learning how to handle all four at the same time is often what it takes to lift the trophy.

The talent of Burns, who missed the playoff by one stroke and came in third, is undeniable. When Sam Burns wins a PGA tournament, it won’t be because there’s been a wreck Turn 4 on the final lap.