The night when anything did happen 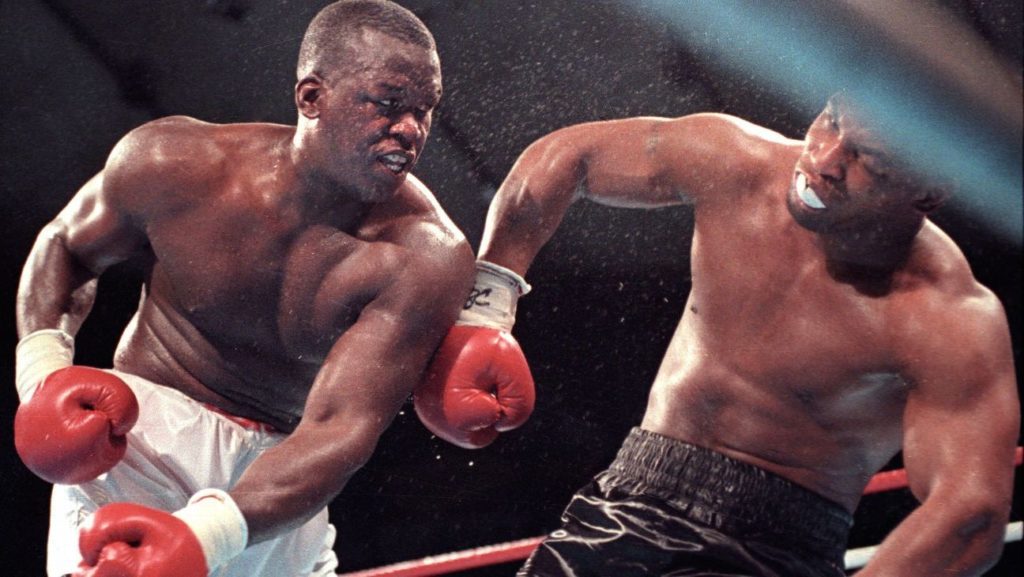 In my storied sports-watching career of more than 50 years — dating back to the pre-historic days when remotes did not exist — I’m still not sure I’ve seen anything quite like what happened 30 years ago today.

Two words. The first one is Buster and the second one is Douglas.

You can have your U.S. Olympic hockey team and your North Carolina State upsets, but they don’t come any bigger than what Buster Douglas did in the Tokyo Dome on Feb. 11, 1990. Beating Mike Tyson? Knocking him out? The image of Tyson crawling around looking for his mouthpiece is still something that’s hard to believe all these years later.

I remember getting a call from my brother, who had HBO and knew I didn’t, after the second or third round. “You may want to get over here,” he said. “I’m not saying he’s going to win, but this Buster Douglas guy has a chance to beat Tyson.” Thankfully, my brother only lived a block away and I was able to get over there by the time the next round started.

Douglas just started pounding Tyson in the late rounds and finally finished him off in the 10th round. He was a 42-to-1 longshot … that is, if you could get a bet down. Only one casino in Las Vegas even took action on the fight; that’s how much of an underdog Douglas was.

And here’s what I appreciate about Buster Douglas — after he won, he got a huge payday ($24 mil) for a fight against Evander Holyfield later that year. Buster didn’t exactly take a dive, but he was about as interested in fighting Holyfield as I was. He cashed out and shut it down. Twenty-four mil will buy you a lot of things and food was apparently on that list because Buster got up to about 400 and almost died from a diabetic coma.

Six years later, he tried a bit of a comeback, won a few fights and hung it up for good.

In sports, anything can happen. Thirty years ago in Tokyo, anything did.