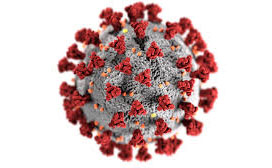 It doesn’t bother me that Washington’s Ryan Zimmerman is going to skip the 2020 baseball season for family concerns about the coronavirus. Same for his teammate Joe Ross, who figured to be a member of the starting rotation. Arizona pitcher Mike Leake is opting out of a contract that would have paid him about $6 million — and is a free agent next year.

Wilson Chandler of the Brooklyn Nets is going to sit it out as well instead of helping his team attempt a playoff run. There are other NBA players who are sitting it out, including Avery Bradley of the Los Angeles Lakers, a potential championship team.

Perfectly fine with me.

They fully understand the situation and aren’t willing to risk, no matter what degree that might be. More significantly, they all realize the financial hit they will be taking since they won’t be getting a check.

Before you start with the quitting-on-your-teammates narrative, keep in mind that it is a personal decision (Zimmerman has a 3-week-old child and a mother with MS and probably wouldn’t be able to see either for months.)

In Zimmerman’s case, he’s on a one-year contract, so it’s entirely possible that he might never play baseball again.

But here’s my question: To what degree we don’t know, but isn’t it fair to assume that the virus will still be around in some form next February when spring training starts? Or in December, when the NBA begins again?

Again, it’s everyone’s choice to make right now. But they very well may have to make it again soon.

If there is a next time.