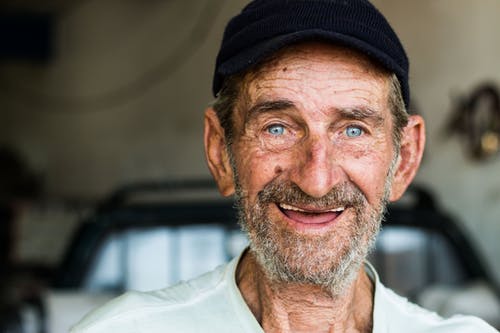 OctogenWHAT? A VISIT TO A 911 CALL

(Today’s Happen is brought to you by Designated Contributor Don Walker, and I loved it. It reminds me of the time I heard a sportstalk radio caller say “I occur” when he meant to say “I concur,” which none of us, ever, would say in real life. I am a non-concur advocate so now I always say “I occur.” You have to explain it!, but it sounds funnier.)

On Monday, I was walking from the parking lot to my office when I noticed a slight commotion at the adjacent building (Building B) to my office in Building C. I realized there was an elderly gentleman on the ground and he was being helped to his feet by an elderly woman, a younger woman and two other men who appeared to be in my late-50s-age range.

I walked over to see if I could be of help, and realized the man was bleeding from scrapes at both knees, and that he was bleeding from the mouth and his chin. He apparently fell after he hit a slight include between one slab of concrete sidewalk and another. He was quite disoriented, so I immediately told those who were assisting that I would call 9-1-1. (I also ran inside the building to retrieve some wet and dry paper towels from the restroom and some bandages.)

I called 9-1-1 and told the dispatcher what had happened, along with location, who I was, etc., etc.  Then the conversation went like this:

Dispatcher: Do you know how old the gentleman is?

Me: I have no idea, but I would guess he’s an octogenarian.

Dispatcher: “I’m sorry, did you say you had his age?”

Me: “I don’t have his age, I’m just guessing octogenarian range.”