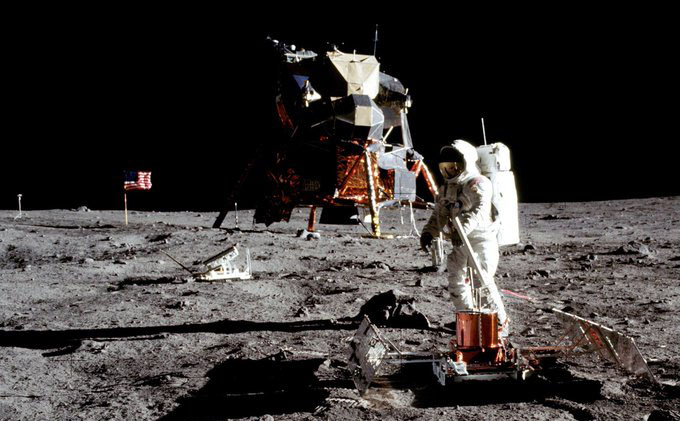 FREE TANG FOR EVERYONE ON MOON WEEK

Americans and the world take it for granted now, what with the invention of the Walkman and the Internet and rap and all the other sophisticated mumbo jumbo out there. But walking on the moon used to be “a thing.”

Last year it was a semi-big deal on July 20, 2019, when NASA, America, and the Moon celebrated the 50th anniversary of Men Walking on the Moon, July 20, 1969, then returning safely to Earth. We watched those first steps live on a Sylvania television set with rabbit ears and I remember walking out the back door of our house in South Carolina and around the deep freeze and saying something to one of the dogs and looking up at the moon, then looking back at those rabbit ears and wondering in my 9-year-old mind, “How can we get this from the moon and we can’t even pick up Gilligan’s Island on WECT out of Wilmington?”

I knew then that the world and maybe even outer space was full of more mystery than I could ever overcome.

Heard no mention of it this year. How soon they forget. It was A Moment That Brought Us All Together, something we could use about now.

Hold onto your heatshields and have a good rest of the week.