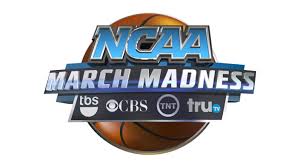 Best ever? Put it in the discussion

Saturday’s Final Four overtime semifinal win by Gonzaga over UCLA may be the greatest game in the history of college basketball. Or maybe it isn’t. People are always in a rush to make a drastic proclamation that no one seems to care about perspective. “Greatest” doesn’t always mean “most recent.”

But no matter how you feel about its place in college basketball history, ask yourself this question — if you had all of the greatest games that are in the running lined up on your DVR and had to watch them beginning to end, which one would you watch first?

For me, it’s hard to beat the one that was played Saturday. Lots of games have had a dramatic ending. There have been others with a David vs. Goliath feel to them. But in almost all of those, you would skip to the final moments to get your biggest thrill.

Gonzaga’s win wasn’t just about Jalen Suggs banking in a buzzer-beater from just inside midcourt. That was a game had everything you would want from beginning to end … and then five more minutes of overtime after that. It was a game that was basically even throughout, but even more impressively was the high level at which it was played.

It was college basketball at its finest from the moment they threw the ball up in the air.

And that’s why that game deserved that ending. It was too great to be ruined by a missed throw or a traveling call.

PREDICTION: Yes, Baylor was great in its semifinal win over Huston and yes, Gonzaga was in a catfight with an 11 seed, so people are standing in line to pick Baylor. But I think that was the game that Gonzaga had to have on its way to an undefeated season. Almost every champion, no matter what the record, has a game like that. I’ve said all along that Baylor is good enough to beat Gonzaga if the Bulldogs aren’t at the top of their game. And though the Bears present some matchup problems for Gonzaga, I don’t think it will matter. Gonzaga by 5.