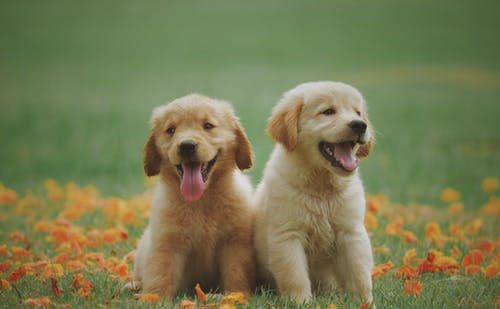 WHEN THE DOG DAYS OF SUMMER GET REALLY RUFF

Ran originally in Sunday August 30, 2020 editions of The Times and The News-Star.

Started writing this as the storm moved through. Figured I’d try to get the words in before the electricity went out and martial law became A Thing.

Now we’re done and it looks like things could have been much worse. We finally get a break from 2020, which tells you what kind of year it’s been. Laura was the most powerful storm in recorded history to ever make landfall in Louisiana and we’re practically giddy that, although it was plenty bad, it wasn’t worse.

Speaking of water, this week someone pointed out to me that if 2020 were a canoe trip, it would be the canoe trip in Deliverance. (If you’ve never seen the movie, good. Don’t. Just trust me here: the analogy is spot on. It was NOT a good canoe trip, even if there is such a thing. After watching Deliverance, I went into Permanent Canoe Retirement, so…)

Like you in these times so “uncertain”—so tired of that as, again, unless you’re Superman, ALL times are uncertain—this bureau falls back on the one dependable and sure thing you can touch and feel. Of course—and I shouldn’t even have to write this—that would be your dog, which is God spelled backward (and yes, I know there is a wide chasm between the two, but He created them for some reason, and I think the hint as to why is evident in the spelling).

Sometimes your favorite car won’t start. Plumbing backs up in your favorite bathroom. Your wonderful boyfriend is sometimes too sarcastic, shares too little, drinks too much.

But your dog … you don’t really expect him or her to unload the dishwasher or mow the grass, so they never disappoint.

(Editor’s note: Proving that they are only human, a dog can do that too—drink too much—but I know of only one case and it wasn’t the fault of Jake, the black lab by which all other black labs are measured. Somebody left a case of Budweiser within easy reach—this was on a duck “camp” of three pontoons tied together on the Ouachita River in the late 1970s or early ’80s—and after everyone else had gone to sleep, Jake had his fill. You didn’t need a can opener if you had incisors like Jake’s. At sunrise they found him, smoking a menthol, non-filtered, and begging for coffee. He still hunted that day. And never drank another beer.)

A friend named Ross has had hunting dogs and fishing dogs. Currently he owns more of a fishing dog. All she’s cost him is the money to get her “fixed” and bushels of pork cracklins.

Ross has kept his small business open, kept his young staff, mostly students, employed, kept the products from his market up to his high standards. Unless it involves a ballgame and his favorite team, he’s not the kind of guy who gets rattled. But the pandemic has tried him.

What’s one thing that’s helped keep him sane? Recently, he wrote this to share the secret:

“Tonight…after a hard day at work, that little dog ‘worried’ me to death trying to get me to play with her and her toys. Tennis balls, stuffed animals, the like…and it worked! I was, just a few minutes ago, on the floor playing with a few stuffed animals, a tennis ball, and a fishin’ dog. For those few minutes I forgot that I owned a store, was married, had family and such. Looking back I guess all I had, in those fine minutes, was a crazy dog that was busy getting’ after all of the above..and takin’ care of me—whether I liked it or not.”

Coincidentally, Hurricane Eve/Wednesday was National Dog Day. Dogs remind you that you can weather the storm.

We have a friend Amy who last week lost the little girl she’d adopted from a shelter almost 12 years ago, a short-legged, long-eared angel named Lulu. She’d battled kidney disease for more than a year, but every day she brought joy to her mom. A doctor and assistant came to the house to help Lulu cross over The Rainbow Bridge.

“We were outside in the backyard which Lulu loved,” Amy said, “and where she’ll be resting forever.

While the vet was en route, Amy and Lulu shared some chocolate chips, “her favorite thing on the planet,” Amy said. No, they are not good for dogs but, hey, Lulu and Amy like to live a little. Even a lot.

Plus they shared a dark chocolate caramel.

“She enjoyed every bite,” Amy said. “Lulu sure made me smile every single day.

“I like this saying: ‘Dogs are not our whole life, but they make our lives whole.’ Ain’t it the truth?”