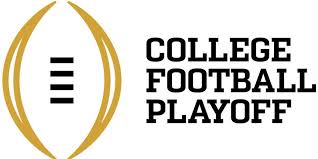 The problem(s) with college football

Sure, if you’re an LSU fan it’s all (blanks) and giggles right now, but college football has a problem. Actually, it has (at least) three problems, all of which were brought out in various ways Monday night in the Tigers’ 42-25 win over Clemson. And the biggest certainty is that the powers that be will work at their usual glacial pace to fix them.

In no particular order …

** PLACEMENT ON THE CALENDAR: This is a common complaint, but they seemingly went out of their way to make it worse this year. Sixteen days between semifinals and finals? Attaway to kill that momentum! For some reason, they think that playing the natty on a Monday night is marketing genius when it is anything but. Other than the two teams involved — at lately, that’s been from only one corner of the country — this ultimate game is ultimately a sideshow. Mondays during this time of year are always going to skew toward dissecting NFL playoff games from the previous weekend. Add that on top of 16 days on non-activity and it’s no wonder that college football gets lost on the national scene.

Even ESPN, which prides itself on being College Football Central, spent far more time on the NFL last weekend than on a game it was actually broadcasting. It shouldn’t be an afterthought, which is it is getting to be.

College football has our attention for the second half of December. Play the semifinals on Jan. 1 and play the national championship a week later. Work around the NFL as necessary, but leave room for some buildup to the big game. Everybody has moved on when you have two weeks of down time.

** INSTANT REPLAY: Either you do have every play reviewed (as college football claims) or you don’t (as happened Monday night). And even when you do have it, the length of time is ridiculous. LSU’s Clyde Edwards-Helaire touched a finger out of bounds, then ran another 20 yards. The Tigers ran to the line of scrimmage — which is perfectly within their right — and snapped the ball to run the next play. It was obvious that Edwards-Helaire could have been out of bounds, but no stoppage. So much for that.

Later, LSU’s Thaddeus Moss caught a touchdown pass near the end zone pylon. OK, it was close and should have been reviewed, but it was obvious that it was a touchdown. One look could have told you that. But we suffered through replay after replay on something that was a no doubter.

And we wonder why we have four-hour games. It’s like no one in any sport cares about natural game flow anymore, but college football may be the worst.

They’ll never do it, but here’s the solution: Make the call on the field and then if a review is necessary, show it to a trained professional who hasn’t seen the play (he could be watching Netflix while game is going on.) Tell him he’s got one minute to make a judgment. If he says he can’t, he sends it back and the call on the field stands.

** TARGETING: Out of control. And basically unfair. Way too arbitrary. There was an example of it by a Clemson linebacker in Monday’s game, but it shouldn’t rise to the level of ejection and removal from the sidelines. (Having to go to the locker room is a joke.)

Again, way too easy of an idea, but the Flagrant 1 and Flagrant 2 idea that basketball has is the right idea. If a guy launches himself — and you’ll know it when you see it — that’s a gots-to-go situation. Bye-bye. But there are way too many variables with bodies in motion to make a clear judgment on what is or isn’t targeting.

Everyone is so scared of being anti-safety that they don’t want to lessen the penalties, but they are too harsh. Go ahead and tack on 15 yards for a personal foul, but stop kicking players out of the game because they got caught in an awkward position while someone was running 20 miles an hour at them. Plus, this also falls under review, so now we have two problems going on at the same time.

(You can start with changing this new crackback block rule, but that’s another issue.)

Whether it is the season or an individual game, these three problems are killing the momentum that college football creates for itself. Every week should build upon itself. Every drive shouldn’t be stopped just as its getting started to see if a three-yard dive play was spotted correctly or if a defenders’ helmet grazed the side of a shoulder pad.

Tee it up, play the games without constant interruption and when the momentum had built, crown a champion. Drop the confetti and get ready for next season.