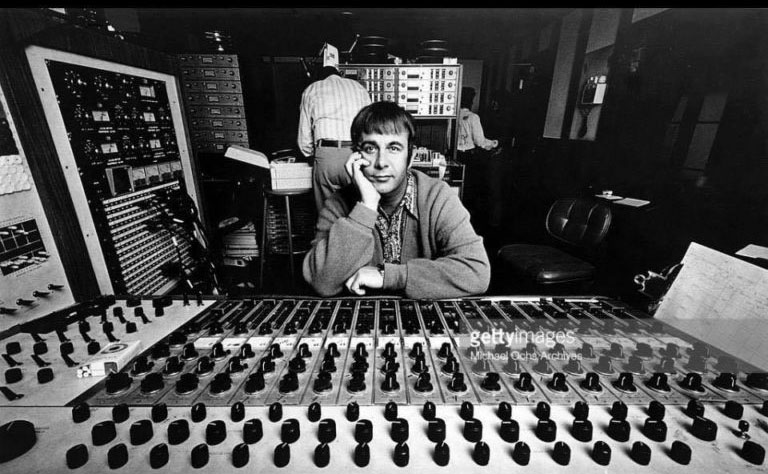 First ran in Sunday, Sept. 19 editions of The Times and The News-Star

No way do I expect today’s grown people to understand a little boy’s fascination in the late 1960s and onward with the dobro, Tammy Wynette, Tom T. Hall, Roger Miller, and The Statler Brothers.

But when you’re in a little Carolina tobacco farming town 44 miles from the interstate, a radio and those musician people sure came in handy. They’re still the soundtrack of a wonderful river of memory for me.

Was there any way I could have known who Shreveport’s Jerry Kennedy—guitar player, dobro picker, hit-record producer—was then? Neg. He was just beginning to understand it his ownself.

But fast-forward a half century to the current reason for sharing some Little Big News, big news because it’s little news that makes all the difference in our individual lives. It’s the little things that end up being the big things, things you hang on the wall.

A few months ago I read, as soon as I could get my greedy little hands on it, “The Music of The Statler Brothers: An Anthology,” by Don Reid. Don was a member of the Statlers, country music’s premier group for more than 40 years starting in the mid-’60s, an impressionable time for those my age back then, those like me now creeping, maybe racing, into our 60s.

With age and with the move to Louisiana, I figured out exactly who Jerry Kennedy was. You mean the guy who played the lead-in to “Stand By Your Man” by Tammy Wynette was Jerry Kennedy from Shreveport, and he got paid only scale? You mean the guy who said it might be a good idea to stack three guitars to start “Pretty Woman” was Jerry Kennedy? The guy who played dobro on “Harper Valley P.T.A.” was a guy who graduated from C.E. Byrd High? A guy who grew up on Huntington Avenue between Linwood and Southern? Come on. The guy who played dobro on “New York City” for the Statlers was the same guy who later produced all those hits for them?

“I used a weird pick for that one,” he said in August from his Nashville home on his 81st birthday, a few months after Reid’s book had been released. As he always does when talking of himself, he said it humbly, as if this thick pick were a gift from the music gods and all he did was hold it.

“That pick produced a strange sound,” he said. “Don’t know why I didn’t do it again and don’t know why I thought about doing it then. Wish I knew where that pick was.”

I tell you all this to make a point: before I read the book—highly recommended—I read the dedication. Here it is.

For allowing us artistic freedom,

For giving us the benefit of his amazing talent,

And for his undying friendship,

This chronicle of our music is dedicated to

Love you, my friend.

The history of country’s best group, dedicated to the man who was the soul behind the sound. From experience, that’s as honest as old friends and old men can be.

The 414-page book is a recounting of every song the Statlers ever recorded. A labor of love. Don’t you wish your favorite group ever had released such a book? Mine did.

As he was writing it, Don would often call Jerry.

“Donnie always kept good notes,” Jerry said. “If other acts like this did that, we’d see better books like this written. Donnie was meticulous. While he was writing it, we’d talk three, four, five times a week, laughing our tails off, a few tears here and there. He’d have it all together and run it by me. I didn’t realize I’d played dobro on so many things. I apologize I guess…”

He didn’t know the book had been dedicated to him until Don called him from his Staunton, Virginia home. Jerry answered in Nashville. He’d gotten the package in the mail the day before but hadn’t opened the book yet. Don asked him to open it right then and read the dedication while he held on the line.

“It melted me,” Jerry said. “They could have chosen anybody in their family, anybody in the business. We’ve been special friends for a long time. There are very few situations when creative people get in a room together and come out still friends. But I never had anything but joy with them. We had the greatest relationship all those years and all those 40-something albums.”

“…for his undying friendship,

This chronicle of our music is dedicated to

Love you, my friend.

When the hits have dried up and you can’t pick anymore, you hope this is what’s left. And that’s plenty.

With a tip of the cowboy hat to the Statlers and their hit “I’m the Official Historian on Shirley Jean Berrell,” we close with this. Though lame, it’s at least sentimentally honest:

“I’m the Official Historian on our friend Jerry Glenn

I’ve been a loyal fan of his since only God knows when,

He played the guitar, produced more hits than I can tell,

And he played the dobro just as well.”

He’s bonafide, and we dedicate this effort to him. It’s not a book, but it’s something. Thank you, sir.