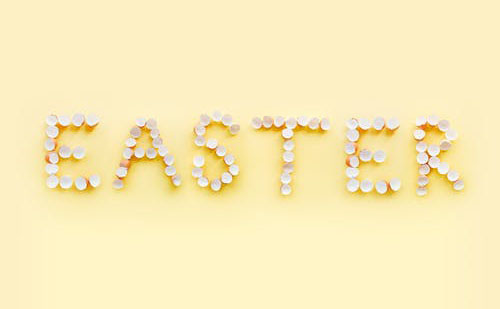 More than a half century ago, Easter was finding eggs and eating a hollow chocolate bunny or wearing a new and very small sportcoat.

Then it was baseball bats, a new one outside my bedroom door every spring, and by late summer it usually had a couple of little nails in the handle to hold it together. And then the next spring, another new bat.

As time went on, my preacher dad and momma and Sunday school teachers and so many people I was lucky enough to grow up around showed me that Easter was much more than that, that there was a Giver of All Good Things, that the feel of cut ash and the smell of new leather and the joy in laughter and togetherness all came at a price, although not charged to me. Everything was grace.

Matthew in his gospel writes that when Jesus “saw the crowds, he had compassion on them, because they were harassed and helpless, like sheep without a shepherd.” Harassed and helpless. Any of us who live long enough know the feeling. Because of Easter, we don’t have to live like that anymore.

And still, it seems that fortune never smiles on some. The have-nots. The people fate seems to pick on. Those whose lives are touched, in every area, by poverty and prejudice.

How do we last in a world like that, where there is a shadow of “everywhere” despair? Elie Wiesel, once a teenager in a Nazi death camp, said in his acceptance speech as winner of the Nobel Peace Prize in 1986 that “just as a man cannot live without dreams, he cannot live without hope. If dreams reflect the past, hope summons the future.”

Seems that hoping for a new baseball bat and glove at Easter was setting my sights too low.

A professor emeritus at Harvard and a child psychiatrist, Robert Coles was awarded the Pulitzer Prize in 1973 for two volumes of his five-volume Children of Crisis series, a mostly oral history presented in a documentary style. Coles’ books – he’s credited with more than 80, and hundreds of articles – are “filled with verbal snapshots of people who somehow rise above the misery of their lives, buoyed by grace,” author Phillip Yancey writes in Soul Survivor, a book of 13 essays on mentors who Yancey says “helped my faith survive the church.”

One of those mentors is Cole, who has been willing to write about all sorts of things from what Yancey calls “an unabashedly Christian viewpoint” to present to readers, and especially to his Harvard students, “Christianity as a credible option in the modern world.”

Coles lived with the poor, earned their trust, and tried to discover how and where they got the strength to endure. In Migrants, Sharecroppers, Mountaineers, he wrote of discovering that many of these people pointed to Jesus as their source of strength, that the image of the Son of God on the cross was the hope they needed. Religion was no crutch; it was an inspiration. Jesus giving his life convinced them that God knew about their suffering.

God did “come and see for himself,” a sharecropper said. He came to see just what was happening, not on Wall Street or in the locker room but in the ditches, among the sick and the prostitutes, among the despised and the most messed up people and the people who’d messed up the most. Jesus saw it all at eye level.

“We have the mind of Jesus Christ in our heads,” said one migrant worker, a blessed man who realized in Jesus a humble and compassionate person who knew every highway of loneliness and pain.

“He didn’t have to come here, you know,” a sharecropper’s little girl told Coles.

A sharecropper’s little girl said that. To a Harvard professor.

To some of us it is worthwhile at Easter or any season to hold more in wonder this kind of heart and goodness, to rediscover what Yancey calls “the leveling truth of Jesus’ gospel,” to understand the depth of this man’s humility, one who loved the weak, the troubled and the outcasts, a man whose love for humanity was real because he loved people one at a time, individually.