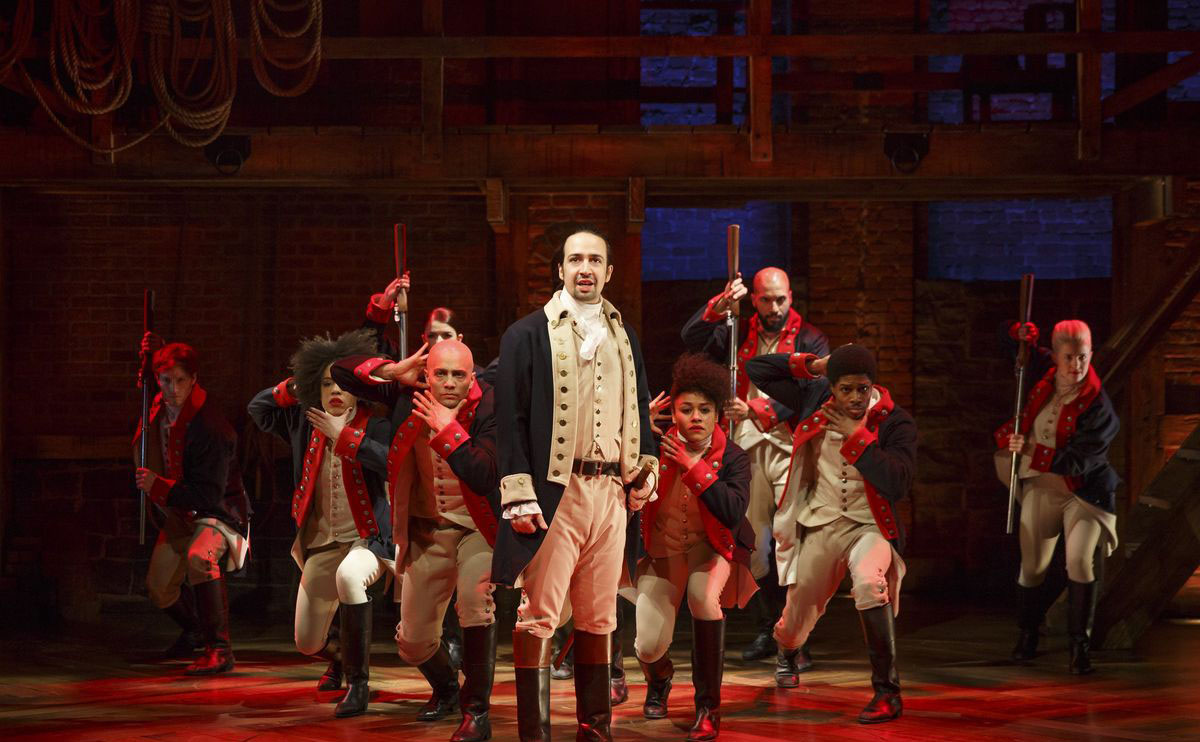 HEY YO! ‘HAMILTON’ THE MOVIE DESERVES A GOOD RAP 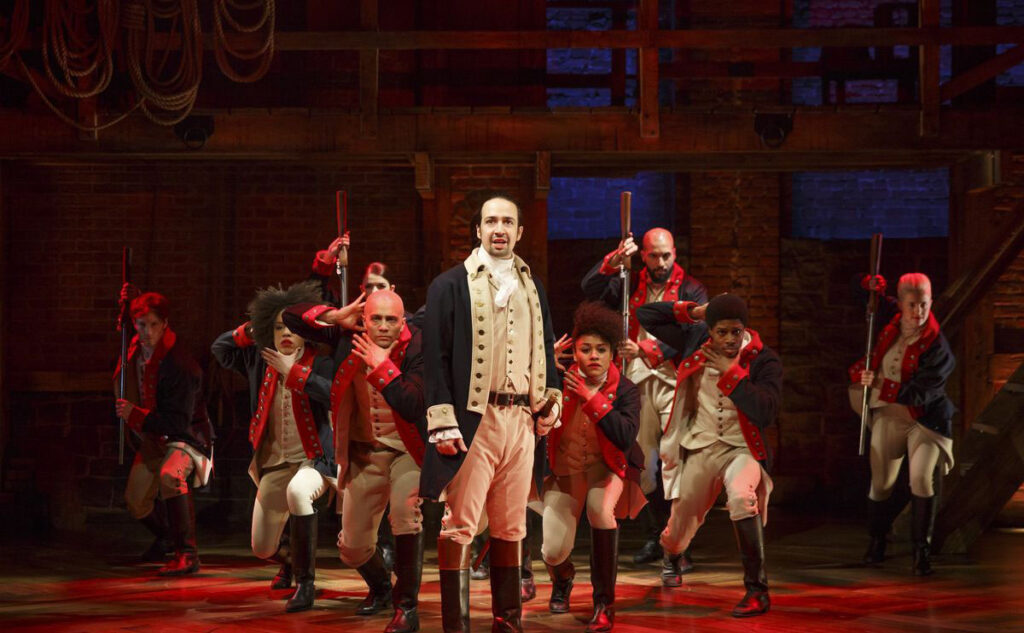 First appeared in Sunday, August 9, 2020 editions of The Times and The News-Star. Also, we suggest below that you read the lyrics online or listen to the soundtrack before your first time watching the play/movie. And our friend Susan Alexander said her reading the book My Dear Hamilton, a novel of Eliza Schuyler Hamilton, helped her not get lost in the lyrics when she was “prepping” to watch the movie with her children, who’d both seen Hamilton on stage. “This book will help so much to understand the man and the lyrics,” she said. (Although keep in mind the book is historical fiction; then again, the movie fudged on some facts too. But hey, it’s great entertainment and more true to history than not, by far.)

Since the 2015 Broadway hit Hamilton is a movie on Disney Plus now, America can watch on the device of its choice what most of us could not afford to watch live back when this musical took the nation by theatrical storm and tickets were $500, give or take.

That’s a lot of Benjamins. And 10 times more in Hamiltons.

The musical tells the story of the “Ten Dollar Founding Father” Alexander Hamilton, who rose from an orphan in the Caribbean to Secretary of the United States Treasury. Although we in this bureau know better than to remark too much on things that involve genius, singing, acting, history, and basically highbrow entertainment, we can’t help it: we have thoughts.

There are a dozen Broadway musicals I’d name off the cuff I’d prefer to watch again besides Hamilton. But I’ll watch it at least once more and listen to some of the soundtrack often. Pretty safe to say I’ve never seen or heard anything quite like it. The entertainment and educational factors are high as the national debt, a number which would surprise Hamilton today, maybe even send him to yet another early grave.

You can’t deny its genius, and not just because it won the 2016 Pulitzer Prize for Drama or Best Musical at the 2016 Tony Awards. It mixes rap and pop and soul and eleventh-hour show tunes with a true-for-the-most-part history lesson, comedy, drama, and wit. Plenty of wit.

So while I’d go see 42nd Street again at the theatre next door, most of our younger friends would race in to see Hamilton instead. Who could blame them? (Hamilton the movie is much better than 42nd Street the movie. But if it’s a play, I’d rather “meet those dancing feet, on the avenue I’m taking you to, 42nd Street.” It’s the tap dancing. Love the tap dancing.)

In under three hours with moody lighting and staging, a turntable stage and an energetic ensemble, Hamilton illustrates what America would have looked like at its inception if Washington, Jefferson, Marquis de Lafayette and those guys could have danced, talked in mostly intellectual, often witty verse, and shaken, underneath those pesky wigs, their groove things. If Jefferson could have seen this play back then, he’d have written the entire Declaration of Independence in rhyme.

Who tries to pull anything like this off? Who even thinks to try? Well, Lin-Manuel Miranda, who wrote the storyline, lyrics, and music after reading historian Ron Chernow’s 2004 biography Alexander Hamilton. I watched an interview years ago in which Miranda said he did the first two songs or so for Chernow at his home early in the process, hopeful for approval, and Chernow said something like, “Wow. You just did in eight minutes what it took me the first 250 pages of the book to say.”

The movie is spliced seamlessly from three runs of the play by the supremely talented original cast before that gang busted up back in 2016. If you miss it now, it’s supposed to be in theaters next year. That Disney would pay a reported $75 million for it speaks to what a pop culture phenomenon Hamilton is.

Word to the wise, if you plan to see it: listen to the soundtrack or go online and read the lyrics first. Lots and lots of lyrics, and while there are traditional Broadway ballads and show stoppers, plenty of the music is delivered rapid fire. If they’d have sung the lyrics at a “regular” Broadway pace, the show might have lasted five hours, and that’s no joke. Our friend Amy saw Hamilton live in Houston, had fifth-row seats and still had a hard time understanding the words, even that close. So do some homework and the cast will do the rest.

Speaking of, George III is worth the price of admission. Love this dude. If I were ever a king, I’d hope to be this funny. George the Third is No. 1 with me.