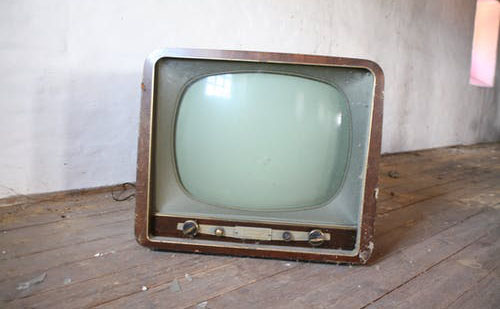 CA$H IN IF YOU CAN CHANNEL OUR INNER TV

Ran originally Sunday, January 10, 2021 in The Times and The News-Star

Roughly 15 to 65 percent of my day, depending on what else is going on, involves trying to figure out how I can make the television bill go down and get only the stations I want.

And I hardly watch television.

Man obsessed. Man knowing he’s getting the raw end of the deal. Man grasping for a flotation device in the middle of a technological whirlpool he doesn’t understand.

Ten years from now, there will be a system. Get this channel and this one and this service and this streaming app and pay this amount. Get exactly what you want for this price.

But that’s not the way the game is played now. And the rules change every day because smart people are giving us more options. Not that I understand them.

Besides cable and satellite television, which most of us pay for, there are things called Apple TV+. Hulu. Hulu Live. Amazon Prime. Peacock. Sling TV. Fubo TV. YouTube.

All advanced calculus to me. Does anyone know how to hook up a Blu-ray? I have one. By the TV. It’s in a pretty cardboard box.

Here’s my secret weapon and last chance: I know young people who have “cut the cord” and mixed and matched and made all of these new apps and “services” part of their TV life, and they are perfectly satisfied. And pay probably 70 bucks less a month for TV than I do, even though they watch a lot more than I do. I’m just trying to watch a ballgame and Fargo and The West Wing. So why can’t I do it? Why can’t others like me do it? I know there are others like me because I talk to them every day, and here is what’s holding us back.

We are too old to want to dedicate the time to figure it all out. If we try, we will be almost successful. But the “almost” is the foot on the brake. Because as soon as we hook up YouTube TV and a Fire Stick, our monthly bill will plummet as we’d wished — but when it comes time to get That One Game or That One Show we wanted to watch, we’d have boxed ourselves out. “Our TV Plan” did not cover That One Station.

It’s a First World problem for sure. Still, it’s a thorn in our entertainment and financial paw.

But … here’s how we can solve it. There is money to be made if an entrepreneur will only listen. Because “How Things Are Going To Be One Day” is “How Things Could Be Now.”

There should be a service (any young person you see) to call. We tell them exactly what we want. We want these channels only and we want to be able to record. We don’t want to pay Mr. Arm or Mr. Leg for them. Can you let us know our options, set us up, and tell us how much that will be?

And that’s it. If I had such a person with me right now, they would have it figured out in about 20 minutes, have me hooked up, handed me directions, and I would give them money from my wallet and cut my TV bill in half.

Why isn’t this a booming business already? Young people know how to do this without even thinking. On the other hand, we older people who grew up with three channels and rabbit ears on 24-inch black and white Sylvanias are the fields ripe for harvest.

We are like the old football coaches who didn’t grow up with the spread offense, and we’re hiring 30Somethings who don’t know anything BUT the spread offense, which is the bee’s knees these days, pigskin-wise. We check our egos at the door, hat in hand, and ask for a light in the darkness.

Ignorance was bliss, but we didn’t know it then.

We thought it was a pain when dad said, “Hey, while you’re up, how about adjust those rabbit ears for us,” or, “Hey, while you’re up, how about turn the channel and let’s see what else is on,” and of course you weren’t “up,” you were sitting right by him on the couch, him in his Big Chair, feet reclined, but you knew the drill so you got up and did what you did most evenings in the 1960s, and that was to serve as a Human Remote Control.

At least it didn’t take long to “see what else is on.” Three channels you can zip through pretty fast. That’s all we had.

We wished we had eight or nine channels. Maybe 10! What a life that would be.

But for every plus, there’s as minus. We just didn’t know that then.

Ignorance and three channels and few options was a beautiful thing. TV bliss, in retrospect. We didn’t know how good we had it, back when we didn’t have it.