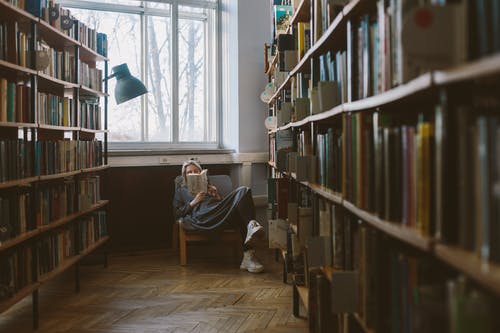 Books of 2020: ‘GET YOUR HANDS OFF MY STIMULUS PACKAGE’

First ran in Sunday, December 6, 2020 issues of The Times and The News-Star.

Thought the pandemic would free up lots of time to do one of my favorite things: read stuff I want to read.

Like so many other things this year, it didn’t work out as we’d hoped and planned. Part of it was pilot error, part of it was having plenty of unforeseen work to do.

But like you, during the past nine months I’ve made the effort to read most of the virus-themed bestsellers, hastily written books like these:

LOCKDOWN!: Your Place or Mine?

The Vaccine Two-Step: Let’s Give it a Shot

1,501 Things To Do With Bad Banana Bread

I Know We’re Family—But Get Out of My Space!

Get Your Greedy Hands Off My Stimulus Package

Like you, I’m sick of those. So I returned to the safety of non-viral literature.

Finished the Travis McGee series by John MacDonald, who passed away in 1986 at age 70 but not before he’d written dozens of crime and detective novels, including the 21-book McGee series. The series began with The Deep Blue Goodbye and ended with The Lonely Silver Rain, a wrap that I never saw coming but that was totally satisfying. The next-to-last book of the series is Cinnamon Skin, which has probably my favorite cover—obviously a female on a motorcycle by the ocean, but backlit—in the Random House Trade Paperback re-released series. Now I have to decide whether or not to read them all again or to actually try to be a mature adult and move on. Tough call…

Always try to read annually a couple by the late and great Elmore Leonard, witty and smart writer of crime fiction. This year it was Pagan Babies about a sort-of semi-on-the-run Catholic priest, and also Riding The Rap, featuring Raylan Givens of the “Justified” TV series. In this one he solves a kidnapping. Plus he’s funny, sharp as an Ole Miss khaki crease.

I read A Visit from the Good Squad by Jennifer Egan after reading rave review after rave review, but it was most un-rave to me. Still don’t really know what happened. Or care. Tried to read George Saunders’ Lincoln in the Bardo two years ago with the same result. Unless it’s a funny crime thing, I don’t get modern fiction.

Really enjoyed the historical fiction book Before We Were Yours by Lisa Wingate, based on the real-life satanic Georgia Tann and her Memphis Tennessee Children’s Home Society. That this could have happened in real life blows the mind. Will try this year to get my hands on the semi-sequel Before and After, the real-life stories of some orphans who survived the Society, written by Wingate and our friend Judy Pace Christie, former executive editor in Shreveport at The Times.

Finished the best trilogy I’ve read since Rick Atkinson’s on WWII; it’s by Nigel Hamilton and the final book of this FDR-focused saga is War and Peace: FDR’s Final Odyssey: D-Day to Yalta, 1943-45.

Stories I Only Tell My Friends by Rob Lowe is about his Forrest Gump-like road to stardom. Every time he turns around or moves with his family as a young man, he’s bumping into somebody “in the business,” one thing leads to another and he turns into Rob Lowe. Crazy.

Some other 2020 favorites are In Harm’s Way by Doug Stanton about the U.S.S. Indianapolis and the worst sea disaster in U.S. Naval history; The Call of the Wild by Jack London; The Soul of America by Jon Meacham; Big Little Lies by Liane Moriarty (guilty pleasure); Make Your Bed, a short book about “little things that can change your life—and maybe the world,” by Admiral William McRaven, U.S. Navy Retired; Countdown 1945 by Chris Wallace, about making the atomic bomb; Red Notice by Bill Browder, a true story of high finance and murder that reads like good mystery fiction, Russia and big money and all like that.

Listened to some Audible Originals, including The Home Front, hosted by Martin Sheen, about America on the mainland during WWII. Interesting and educational. Listened to a couple from Audible’s “Word and Music” series, one from Sheryl Crow (didn’t happen for me) and one by James Taylor titled Break Shot: My First 21 Years. Best book I listened to all year. Imagine James Taylor talking to you about the fairly overwhelming first two decades of being him, before he was “James Taylor.” It’s worth whatever you have to do to get your ears on this.

Second-best listen was Jerry Seinfield reading Is This Anything, six hours of different bits he’s kept over the years. If you’re a fan and I am, Is This Anything is something.