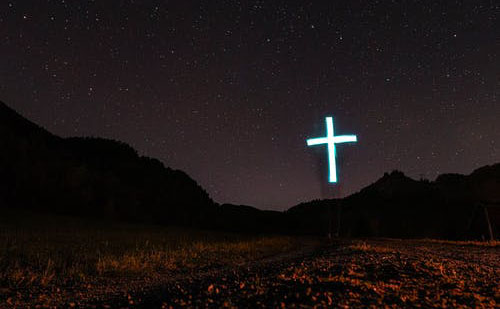 STILL AROUND, IN YOUR THOUGHTS AND IN THE THUNDER

He spent most of his 93 years dancing on a rainbow, a clever mix of personality, athletic ability, good nature, and old-fashioned luck. To have been caught up in the gravitational pull of this phenomenon we knew as Edgar James “E.J.” Lewis was quite the experience.

Because he was such a passionate person about his job, about his friends, about his family, and about football, if ever an “until-we-meet-again” service deserved to be infused with joy and gratitude and applause and laughter, it was E.J.’s back in August at Ruston’s St. Thomas Aquinas Catholic Church when his most colorful life was celebrated.

Momma told me always to remember that I’m unique, “just like everybody else.” But this guy may have retired the Unique Trophy. Good-looking young man. Married the wise and beautiful inside-and-out Patsy. Was a tremendous athlete. Coached three dozen all-conference players, 14 pros, six All-Americans, and was on the staff for a couple of national championships in the early 1970s at Louisiana Tech.

That puts him in a small sub-set.

He could play the piano just enough to be dangerous and talk just enough Cajun trash to win over any recruit’s momma. He sired a pair of everyone-likes-them sons (although Patsy deserves and gets most of the credit, I’ll give you that; but still, my guy was in the neighborhood.) He had no enemies and hundreds of friends. He could sell three tons of ice to an Eskimo man, and he lived 93 mostly robust years.

Quite a fascinating resume when you think about it.

His road to Ruston from his Sulphur hometown took him through the Air Force and some other coaching spots until he landed at Tech in 1959. He went into banking after coaching and hadn’t coached a game in 40 years — yet everyone, even Mrs. Patsy, called him “Coach,” a term of identity and respect, but mostly a term of endearment.

Coach was, in today’s language, essential personnel. A spotlight grabber. He enjoyed it, was unafraid of it, reveled in it. I’m not sure any of us enjoy being who we are as much as E.J. Lewis enjoyed being E.J. Lewis.

A few years ago I walked into the waiting room for my annual physical and there was Coach. I asked him what was wrong. Nothing, he said. He was there to show some video and pictures of his most recent turkey hunt to our doctor and mutual friend, a fellow turkey nut. I asked him if he had an appointment and of course he did not so when the nice nurse called my name, he just came with me.

The doctor walks in. “Coach!” he said. And then they looked at the iPad video and some still shots and literally talked turkey. I could have been bleeding, screaming with typhoid, in labor … would not have mattered.

This is a dude that took over the room when he was in the hizzy.

I was honored to say a few words at Coach’s service that rainy but glorious day in August, and told that story. (For two hours before the service, many of his friends and ballplayers — adopted sons — visited and told story after story about the man they’ve forever called Coach.) In the sanctuary, I said that we’d miss him, just as he’d said, but that knowing Coach the way we did, he’d never be gone, not really; he just wouldn’t allow it.

And at that exact moment, right after the words left my lips, the thunder rolled above the church, loud and undeniable, like an exclamation point from Coach, and the sanctuary exploded with applause and laughter.

It’s the first time in 93 seasons that we’ve had football without Coach. But like other old souls who have been dear to you, if you knew him, he’s around. When you hear someone telling a Boudreaux and Thibodeaux joke or hear a riff on a ragtime piano or see a spit cup, or on a fall Saturday afternoon or night when you smell the stadium grass and the sweat and you see all those colors and hear the band and the crowd and feel the joy and the tension, that’s Coach in your ear, whispering, as he did to so many so often, “Love you boy.”