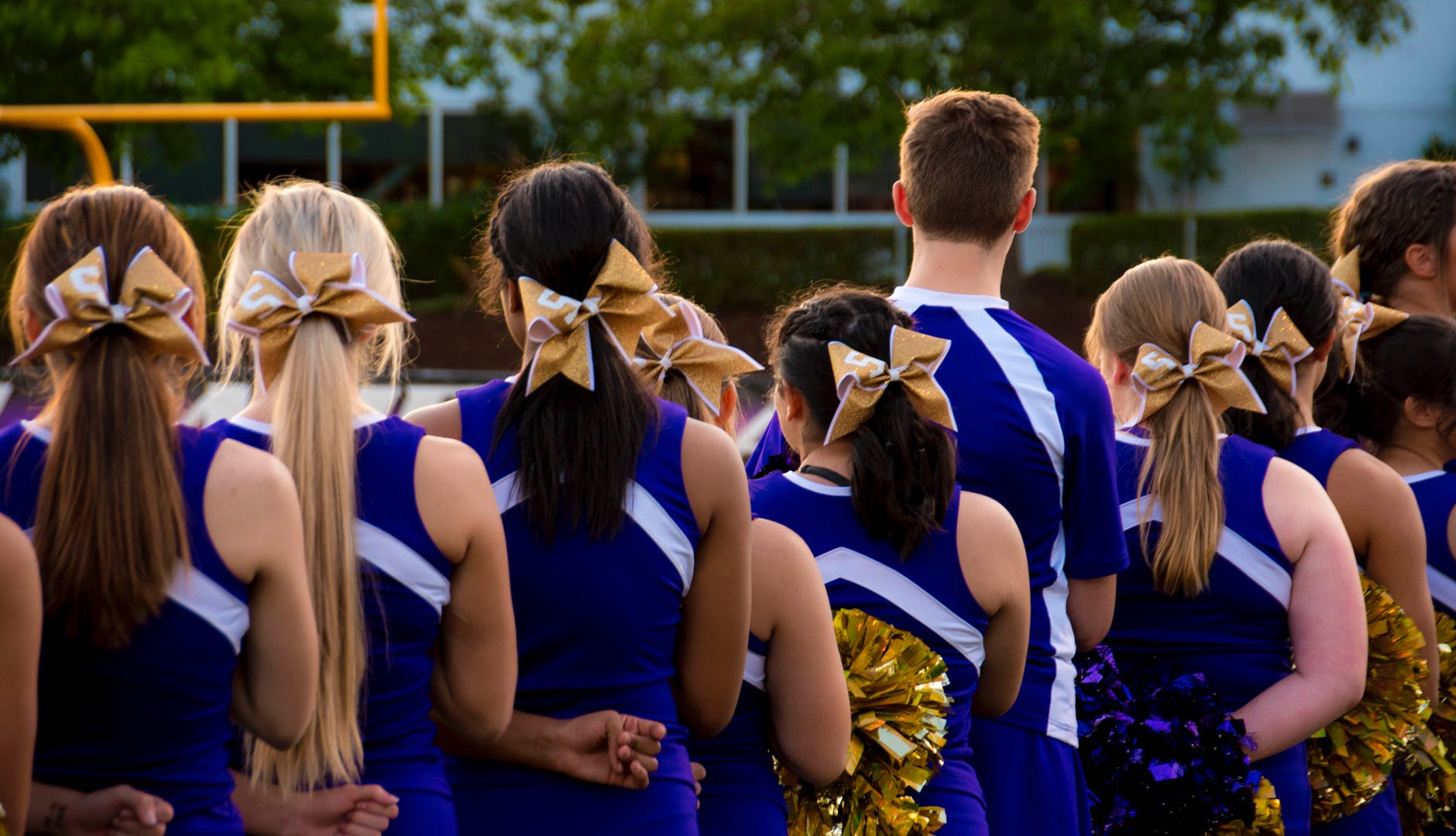 ‘TWO BITS FOUR BITS’ EQUALS QUITE A BIT OF DOLLARS 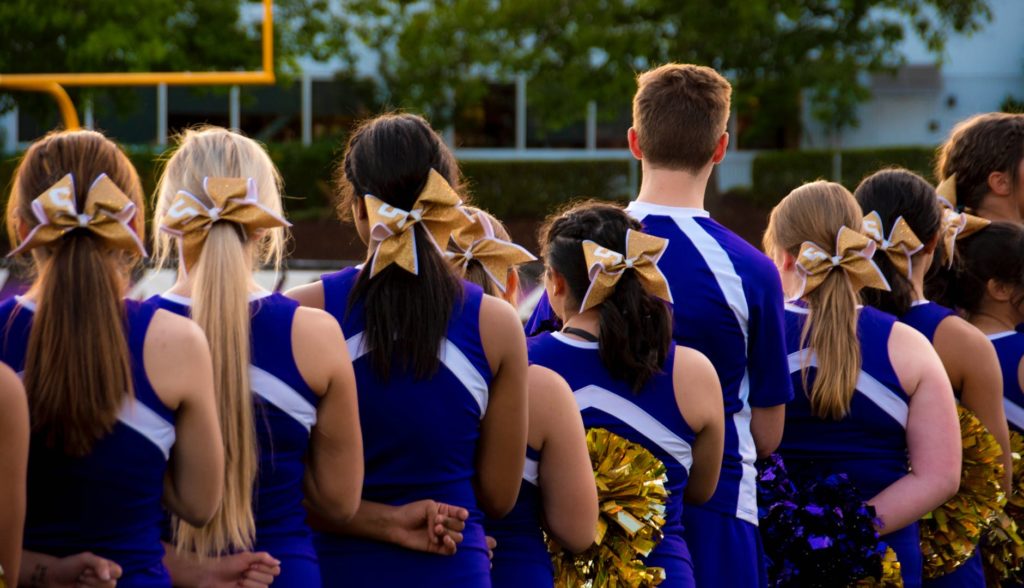 Logically, you’d think competitive sports would have been invented first. But cheerleading, in its most primitive form, was here long, long before the football, the game clock, or even Lou Holtz.

Final score? Saber-Toothed Tigers 1, Caveman 0. (A good cheer can do only so much.)

Or maybe the cavemen played a game of Hides vs. Skins while cavewomen encouraged them with “a tisket, a tasket, put the rock in the basket,” back when “the rock” really was one.

Did you know that near Sydney, Australia, they’ve found fossils of pompoms made out of Wooly Mammoth hair? They haven’t, but maybe one day…Just sayin…

We do know that cheerleading was re-invented, big-time, with the Dallas Cowboys Cheerleaders, who in 1972 eschewed the Eleanor Roosevelt quality of cheer for something a little racier. Like skin. And white go-go boots. And no “two bits, four bits” cheering.

For all practical purposes, cheer as our grandparents knew it died that fall nearly 40 years ago, thanks to white patent leather, mid-drifts, and the kinds of cowgirls Roy and Ritter and the Durango Kid sang about wistfully on those long, lonely nights on the prairie, down 10 late to the Redskins and facing third-and-long.

But that’s not the only kind of cheerleading done in Dallas today. Last weekend I was exposed to non-exposed cheerleaders, ages junior high to high school, in something called competitive cheering. This sort of thing has been going on since the 1950s or so but, like the World Football League and disc golf and the Raiders’ move out of and then back to Oakland, I missed the whole entire thing.

What I saw at the Dallas Convention Center over three days were more than 3,000 cheerleaders — 225 teams, give or take a ponytail — competing at the National Cheerleaders Association’s 30th annual championships. That’s substantial rah-rah.

My first impressions are that this is much harder than it looks, that toe-touching, basket-tossing and pike-kicking “as one” takes a lot of practice, and that estrogen as a force grows exponentially. If you are ever in the way, move, or there will not be enough of you left to scrape up and put in a shoebox.

The Ruston High team I supported (by watching, not by actually lifting anybody) won a national title and a third place. I suspect more North Louisiana schools will get in on the action; the “problem” is that it really is hard. But as with any challenge, if you give a child enough love, give them some hope and some instruction in something they really care about, kids will surprise you with what they can make happen.

Speaking of, let me offer props to the man who invented the whole competitive cheer concept. He is Lawrence Herkimer, inventor of the “Herkie” jump who, as an SMU cheerleader, organized and led a cheer camp in 1948, drawing 52 girls and one boy. The camp grew by seven times in one year. In 1986, he sold the NCA and his cheer supply company for $20 million. With a patent on the pompom, Herkie is the man, the guy on top of the cheer pyramid.