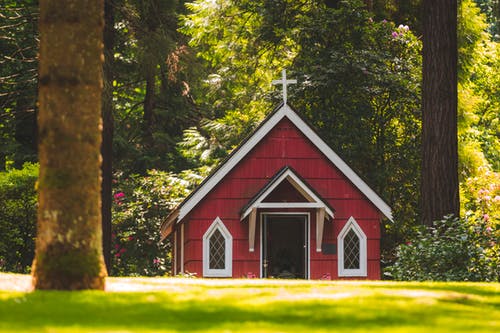 Leading up to The Big Day, vignettes from yestercentury have been a part of each service for the past few weeks. The ones I’ve been awake for have been interesting.

Did you know that FBC Ruston had a big hand in starting two other churches in town, one on purpose and one not so much on purpose?

In 1950, an FBC tent revival on the east side of town led to the forming of what is now Emmanuel Baptist. Beautiful.

The other new-church story is earlier and more involved. In 1926, a new Ruston resident joined FBC. He was a “Dunkard Baptist,” meaning that before he moved his membership to FBC in Ruston, he had been baptized in another church or river or stream or what have you face forward as opposed to face up. (If you had to read that again, so did I. I’d never heard of being baptized face forward or of a Dunkard Baptist. I’d heard of a Drunkard Baptist, who will fall face up, face forward or sometimes sideways into an aisle — but that’s another story.)

After a discussion about his baptism, the church voted to accept the man as a member. But 200 other members, including the pastor at the time, disagreed to the point that they left and formed a new church. Today, 84 years later, both churches are thriving fellowships in Ruston. And both, as far as I can tell, are baptizing folks face up. (This is pitiful for me to feel this way, I admit, but…if another Dunkard moves to town and asks to join the church, I want to be there during the business meeting!)

In some way at least, FBC had a hand in helping the Presbyterians, too. And boy did they need it! (Just kidding!) In 1911, FBC moved a few blocks south of its original location and First Presbyterian bought the original building – and its original contents – for $1,850. I assume they bought it with cash but it might have been some cash and the rest in fresh produce, pies, cakes, deviled eggs, potato salad and meats, knowing Baptists like I do.

Before that big sale, the church started raising money to build on its new property to the south. The year was 1909, and some women of the church organized a spelling bee as a fundraiser. It was heady fare. There was an article in the local paper and everything. Teachers, bank presidents, secretaries and doctors, spellers from practically every walk of life, signed on and paid the 25 cents entry fee. You had to pay to watch and you had to pay to spell. And because two bits was a healthy chunk of change then, it was reported that the money raised did make a welcome difference in the building fund. The exact total raised is lost to history, as is the winner and the winning word. But I like to think it lasted 40 days and 40 nights, and that the winning word was Deuteronomy.