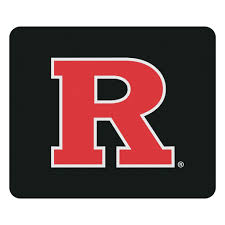 ‘GIMMIE AN R? GIMMIE A BREAK!’

Ruston High will be changing its logo, pictured here, because Rutgers, which is in New Jersey and which owns the logo copyright, requested the change back in the winter. It’s not the first time Rutgers has had to do this; apparently the Red and Black R is popular. No wonder: it’s cool. I like it.

According to reports from the Associated Press, from the Bridgewater Courier News in New Jersey and from people we’ve talked to in Ruston, this was a run-of-the-mill deal with everyone honoring the trademark, the request, and all that jazz.

It seems to me, the owner of much purchased Ruston High swag, as if Rutgers could have actually made more money by allowing Ruston to keep the brand. I say this because I bought four or five things from the Rutgers bookstore online when our baby girl was a proud Bearcat and since the logos — the Big R — are identical. Plus we love the High. But…

A brand is a brand, and I work with people each day tasked with making sure the Louisiana Tech brand is protected, and that ain’t no easy chore. People will go to slapping something that is close to the Tech approved logos — or in some cases not close — on a T-shirt or hat without having the right logo or without paying for it.

Part of me wants to say that it’s just an R, a consonant for crying out loud. Not even a vowel. The best suggestion I’ve heard was to let the Bearcats and Scarlet Knights play a football game; the winner gets to keep the logo.

But again, rules is rules, and Rutgers had it first. So, there you go. Ruston has 10 years to get the R off everything, and I’m sure the school will make the change quicker than that. It costs money, though, and it’s awesome the school has a decade to make the complete swap. I’m looking forward to seeing what they come up with. I promise to buy a new hat.

This whole thing might have been avoided had somebody in Ruston High Land just investigated and asked permission back when the logo was born. Decades ago, what is now Loyola Prep in Shreveport asked Charles Schultz, the “Peanuts” genius, if the school could use Snoopy as its mascot. Schultz, in a kind letter I’ve actually seen, wrote back and said sure. It’s one of the great logos in high school sports.