A loss that hasn’t been forgotten

DESIGNATED NOTE: Doug Ireland is in charge of athletic media relations at his alma mater, Northwestern State, and has  been since 1989. He is also chairman of the Louisiana Sports Hall of Fame and its executive director. He is also our friend and, after today’s surgery, he is short one gall bladder. But he is not short on humor or, more importantly, on heart, something he needed to do such a good job on this tragic story of youth and rage and loss. It was voted Story of the Year in the 2017 Louisiana Sports Writers Association writing contest.

It’s been more than a month and the fog has not lifted.

Death is almost always like that. Untimely passings, more so. When somebody young dies, reality’s bite is especially cruel.

Particularly when it’s somebody as promising as Dylan Poche, the 18-year-old local angler who seemed headed for stardom on the pro bass fishing circuit.

Natchitoches outdoorsman Steve Graf, host of the popular Hook Em Up and Track Em Down radio show on Shreveport’s KWKH AM radio station, has rubbed shoulders with the best in the business.

“I’ve talked with (four-time Bassmaster Classic champion) Kevin VanDam and fished with some of the best,” said Graf, a former minor league baseball player. “Each of those guys have something special, a gift, like a baseball player who can hit a ball 500 feet. It’s rare. Dylan was that kind of kid with a rod in his hand. He had instincts you can’t coach or teach. The great ones have that.

“Dylan was a quiet, confident, but not remotely arrogant kid. He was easy to get along with; all his teammates loved him. He was a rare breed. He was not intimidated fishing alongside pros. He felt he was as good as anybody who could hold a rod, and he had just started proving it.”

Dylan was completely invested in those dreams, certainly inspired by his uncle Keith Poche, who is on the Bassmaster Elite Series pro circuit and finished third in the sport’s version of The Masters, the 2012 Bassmaster Classic hosted by Bossier City on the Red River.

At Natchitoches Central High School, Dylan had grudgingly decided to drop another pursuit, the Chiefs’ baseball team, to focus on his fishing career. He enrolled at Northwestern State last fall, planning to be the first in his family to earn a college degree, and joined the NSU Fishing Team, alongside his good friend Cain Hamous, another Natchitoches teenager.

In a few fateful seconds late on the last Saturday night of January, Dylan died, not by accident, but by another’s hand, in the sort of dispute that can arise among young men.

A week earlier, the fishing community far beyond the 318 area code had seen a flash of the immense potential Poche possessed. He made his debut on the FLW Bass Fishing League in the Cowboy Division tournament on Toledo Bench, weighing 22 pounds, 8 ounces of bass and collecting a $1,137 check.

“There were 135 pros in the field and Dylan came in fourth,” said Graf. “One of the pros, who was in the boat with him on the last day, got up at the weigh in and told the crowd, ‘watch this young man. He’s going to be a great angler.’ The tournament at Toledo lit his fire.”

College fishermen carry a load. These are not one-dimensional kids. The time investment in their sport is staggering, yet they have jobs, they go to school, they set high standards for their grades and team responsibilities. Some work in the outdoors industry. Cain Hamous’ part-time employment is rather unusual. He helps out at Blanchard-St. Denis Funeral Home.

So it was that as February beckoned, Cain stood smiling by Dylan’s side, and five days later, laid him to rest. On a cloudy, warm night, a dozen or so young men stood around a fire on the banks of Sibley Lake chatting and chuckling. A minute later, after an angry intrusion, Cain Hamous stood his ground a few feet away as his fishing partner suddenly lost his life. After vainly, heroically trying to stem the flow from a stab wound so randomly, precisely devious that it would have been a killer even steps away from the emergency room, the next Thursday, Cain did his friend one last favor.

The Feb. 4 funeral at Freedom Life Church was suitably, an epic event. The powerful proceedings can still be seen on the church’s website, culminating with the casket being loaded onto Poche’s bass rig for one last outing.

“It was as perfect as anything like that could possibly be,” said Juddy Hamous, Cain’s dad and advisor for the NSU Fishing Team.

Doing his job, like good people do, Cain had dug the grave. After Dylan was settled into his final resting place, Cain, Dylan’s girlfriend Amber Raynes, and Dylan’s not-much-younger brother Kaleb, hand-filled the dirt around the coffin, then lovingly patted down the ground.

Even today, it seems just right. And horribly wrong.

Two lives were lost that night, Dylan’s and his alleged assailant’s, who faces the likelihood of living out his days in Angola State Prison. Dozens more, to say the least, have been deeply scarred by a half-minute of lethal hubris, a flareup with wicked finality.

Dylan simply did what today’s culture calls for, something seemingly honorable, yet now flawed logic. The problem was brewing for a few days, said sheriff’s office investigators. A casual campfire at the boat landing became the setting for a skirmish not unlike countless others for as long as young boys becoming men have sorted through their explosive emotions.

Was there malicious intent? Seems obvious. Murderous? Who knows? This much is certain. We’re left with precious memories and dreams that didn’t come close to fulfillment. Never mind fishing stardom and its rewards. Think of Dylan clasping that college degree, starting a family, living a long, perhaps not necessarily noteworthy life, with its ups and downs, joys and sorrows. No judge or jury or justice system, however noble, can make this right. Nobody, nothing, ever will.

We can only try, for everybody enveloped by the tragedy of Dylan Poche’s senseless slaying. We can remind our kids that life isn’t an X-Box game. The reset button isn’t available. What seems so vital, so infinitely important, at an intense moment, usually isn’t. We believe we should stand for something, and almost always, that is so true. Times like this, we must defy character, and find the elusive strength to stand down.

First Place $7,000.00 GUARANTEED
* Additional Payouts will be made
* One place for every 7 entries

or Register at: Dylankylepoche.com or to obtain more information & to print additional entry forms. 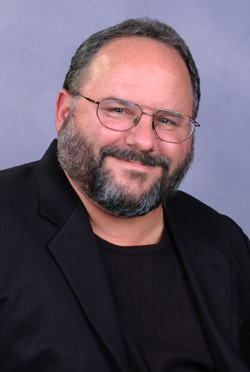