There I was, standing at the base of the stairs that led to the Jesuit High coaches’ office. He saw me, quite by accident, but he saw me. And he called me upstairs.

“Johnny,” he said. “Come up here real quick. Wanna tell you something.”

Could this really be happening?  Only hours earlier, my whole world had been crushed. The only thing I cared about my freshman year at Jesuit High School was making the varsity baseball team. That’s it. I did everything I could to try to make that happen. I played every card I had in the deck.

But there were only 18 uniforms, and I was one of three second basemen trying out. Lots of uniforms were already decided with returning players; all I wanted was one.

And then the varsity list was posted on the locker room wall in the gym. All I wanted to see was my name on that list.

But the coach wanted to see me before practice started on that Tuesday in February, 1974. Maybe he had changed his mind! Maybe he realized he had made a terrible mistake! Maybe somebody had already quit and a spot had just opened up!

I raced up those steps two at a time to breathlessly await the good news he was about to deliver.

“Johnny,” he said. “Just wanted you to know that you did a good job yesterday. But we can’t keep everybody. Stick with it, Champ.”

It’s been 44 years since Coach Frank Cicero gave me the news that day. I have never forgotten it and I feel certain that he never remembered it. Coach Cicero saw something in a 14-year-old who loved baseball, but he also knew how much it meant to me to get that uniform.

The next year, I got one of those 18 uniforms … and didn’t play an inning. A year later, he moved me to third base to back up the senior starter. Then two games into the season, he benched the senior starter and put me in the starting lineup, batting me leadoff (where I had NEVER batted). For the next two years, I never came out of the lineup.

I was Cicero’s last third baseman. That is something I take enormous pride in to this day. We didn’t know it at the time, but 1977 was his last year in coaching. After 27 years as head coach, he called it a career. He was 51 years old.

Frank Cicero died Sunday morning at age 92. I was fortunate to have two relationships with him. One was when I was his third baseman and another came later in life, when I became his friend. 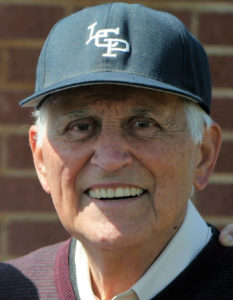 Ask anybody who played for him and there will be no shortage of great Frank Cicero stories. He was the oldest school of old school coaches. In an era in which North Louisiana had many great high school baseball coaches, Cicero stood with all of them.

But he did things his way and there was no doubting it. He went years without changing the signals. He went decades without changing the suicide squeeze call. (“Come on [Your first name], hit it outta here!”) The baseball workouts were as torturous as they were legendary. If there was a three-hour practice – and those were the norm – you could bet the first hour would be devoted to calisthenics. Batting practice took forever. Infield/outfield took longer.

If the school hadn’t changed its name from St. John’s to Jesuit in 1960, he might have gotten a few more years out of those uniforms, which would have pleased him to no end. In 1974, after maybe one uniform style change in 14 years as Jesuit, he finally got out of the gray-and-black flannels and actually got uniforms with both pinstripes and color (royal blue).

He wore Number 20. The assistant coach got whatever jersey number fit best. The other 18 were up for grabs, but you were expected to bring it back at the end of the season just like you found it. He wasn’t planning on buying any more.

Cicero could make a fungo bat last for years and nobody ever dared touch it. The ball bag contained some that had very little stitching left. He cringed every time someone broke a bat. When aluminum bats came along during my high school days, you’d have thought he’d won the lottery. Bats that wouldn’t break!

It was just how Cicero went about his business. He was all baseball and no frills. It worked in the 1950s, so why should the 1970s be any different?

Plus, there was no reason to change anything. He won 23 games in his second year. He won the school’s first district championship in any sport in his fifth year (1955). Two years later, he was in the best-of-three state championship series. The Flyers lost the first game, then went on the road and evened the series by winning the second game. When the scheduled starting pitcher couldn’t go for Game 3 because of an arm injury, he sent out the Game 2 starter from earlier in the day. The Flyers lost 7-6. That’s just how it worked in those days.

In 1964, Cicero got the school’s first championship in any sport by winning 8-3 and 7-2 against the same team (Hahnville) he had lost to seven years earlier. Ten years later – with new uniforms – the Flyers did it again in improbable fashion, scoring only 12 runs in four playoff games, but winning the state championship 1-0 in New Orleans on a suicide squeeze and by throwing out the tying run at the plate in the late innings.

When it came time to finally build a home facility for the Flyer baseball program in 2004, no one had to ask who it should be named after. And the ceremonial first pitch at Frank Cicero Field was thrown out by … Frank Cicero. 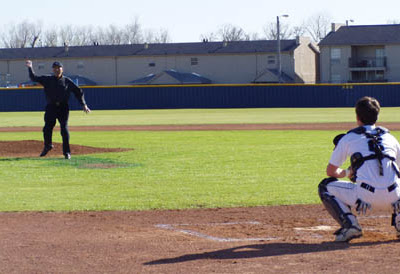 But even though he stopped coaching, he didn’t stop teaching. Cicero was the physical science teacher at St. John’s-Jesuit-Loyola for 45 years and if you think he was stuck in his ways in coaching baseball, then you never had his class. He was at the school through some seismic changes – not the least of which was the school going co-ed in 1987 – but he kept teaching freshman after freshman until it was time to call it a career in 1995.

Just as the old baseball stories are all (mostly) true, so are the stories about his teaching. He demanded absolute respect and it was given to him. If you thought breaking a bat was bad, try breaking a test tube. Just like any good teacher/coach, he adjusted as time went along, but nobody ever went away from freshman physical science without some kind of story.

It’s been 23 years since he taught his last science class. To this day, the name plate with the inscription “Frank J. Cicero” still hangs above the door of Room 206.

Nobody has the heart to take it down. 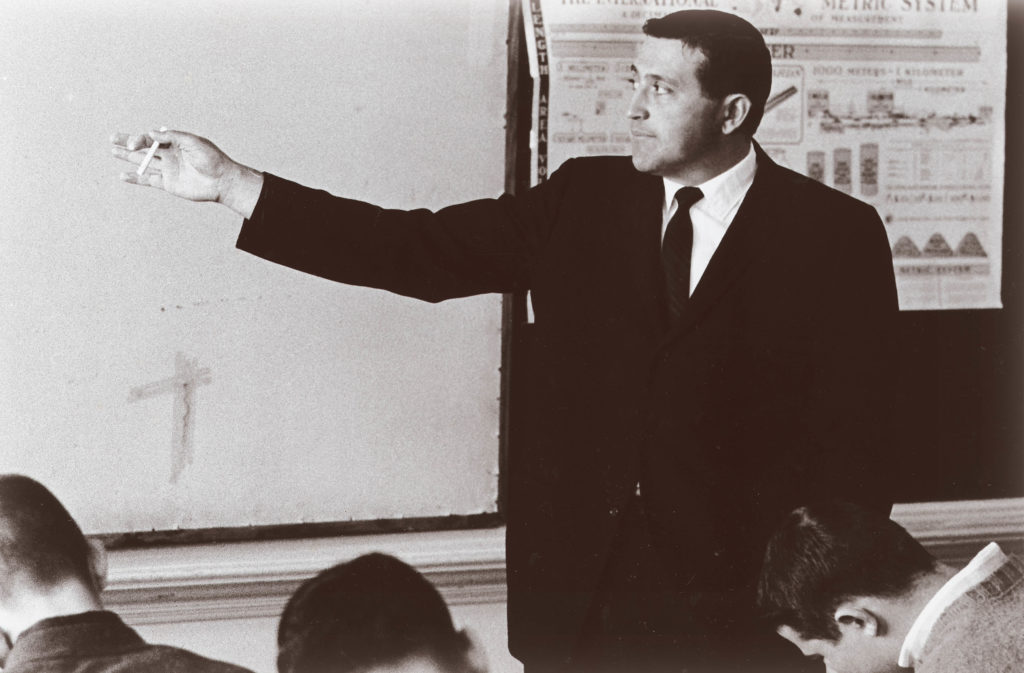 Frank Cicero: 27 years as a baseball coach; 45 years as a science teacher

Somewhere along the line, our relationships with those older than us changes. The invisible barrier of coach/player gets washed away. But we take those steps lightly.

I never called him anything other than “Coach.” It just didn’t seem right. During his retirement, he’d come by for a visit and we’d talk about baseball or the school. Every once in a while, I’d ask him for a favor on behalf of the school. He’d always “think about it” … and then do it.

It was always a special event when he would show up at a Flyer baseball game. The players were always thrilled to see the man who was only a name on the scoreboard to them.

But the visits were coming less and less often. I called him one time not long ago and asked about doing a video – a kind of oral history from a man who was there 45 years – and he declined. I tried to convince him, which I shouldn’t have done, but he insisted. Something had changed.

That’s when I knew.

Earlier this year, the school had an Old Timers Game, which some would say is the definition of a gathering of old men. One of the players showed up in the 1970s blue-with-pinstripes jersey with number 20. It was Frank Cicero’s jersey, the same one he wore during the 1974 state championship game.

The “team picture” from the event was posted on Facebook and those close to Cicero, who was now in an assisted living facility, inquired about getting the jersey and bringing it to him.

It was delivered a few days later to him. The joy in his face was unlike anything his family and friends had seen in a long time.

In the 117 years of Loyola College Prep, Frank Cicero is certainly one of the five most significant people in school history. But to a 14-year-old freshman in 1974, he was a man who helped me understand that it’s not always about what we want today.

There’s always a jersey out there somewhere.