The legacy of Chris Jackson is pure and simple as his quick-release jumper that made him a two-time LSU All-American who remains the highest scoring freshman in NCAA basketball history.

He was Steph Curry before Steph Curry, a dazzling scorer and ball-handler with an array of moves and unlimited shooting range.

The legacy of Mahmoud Abdul-Rauf as a first-round draft choice and subsequent nine-year NBA career before being blackballed, is complicated.

He was Colin Kaepernick before Kaepernick, sacrificing an extensive chunk of his lucrative pro career for his religious beliefs.

It’s only fitting that in this time when long-standing perspectives are being reconsidered, the Louisiana Sports Hall of Fame is inducting in its Class of 2021 the 52-year old Abdul-Rauf, the man Jackson grew to become, for his character as much as his basketball accolades.

The fact he is remembered by the LSHOF and the general public 30 years after he completed a 64-game LSU career as a two-time first-team All-American under coach Dale Brown, in which he averaged 29 points per game, truly humbles the grateful Abdul-Rauf.

“I still pinch myself that a guy literally 5-11½ (he was always listed at 6-1) out of Gulfport, Mississippi,” Abdul-Rauf said, “with the odds in so many ways stacked against me, was able to have a career I could use to help people.

“So, when all is said and done, basketball is a just a tool as far as I’m concerned. The most important thing for me is the person that I am and leaving that type of legacy,” said Abdul-Rauf. “Just being a great person, standing up for what’s right, that means more to me than winning in basketball.”

Now the two will be forever linked in the LSHOF after the Induction Celebration of the Class of 2021 on Aug. 26-28 in Natchitoches. For information and participation opportunities, visit LaSportsHall.com or call 318-238-4255.

Chris Wayne Jackson was the middle of three boys born in Gulfport, Ms. to Jacqueline Jackson, a cafeteria worker. Her middle son was thought to display symptoms of Tourette’s syndrome, a condition of the nervous system.

For some patients, Tourette’s Syndrome causes a person’s brain to establish unreasonable goals that simply must be achieved before feeling satisfied.

It was the part of Tourette’s that young Chris put to use to make himself into an extraordinary basketball player. He never finished a shooting session until he could feel the perfect rotation of his shot and could see and hear the ball continuously rip the net without hitting the rim.

“Your environment has a way of molding and shaping you,” Abdul-Rauf said. “Growing up in the environment I did, with Tourette’s and not having a father, I was fortunate to come across people, even in junior high school, who would push me to be the person and player I am. My upbringing, my grandmother, aunts and uncles, didn’t let me use my condition as a crutch telling me for every weakness God gives us a strength and it’s up to you to find out what that is to make you stronger.”

Jackson was a two-time Mississippi “Mr. Basketball” and twice McDonald’s All-American, averaging 29.9 points as a senior in 1987-88 before signing with LSU and coach Dale Brown.

Admittedly, he was uptight in his first few college games as he tried to blend into a new team and was tentative taking shots. But then in the fifth game of the season…

“We’re about to go to Florida on our first SEC road trip when Mahmoud was a freshman,” Brown said. “He comes to me and says, ‘Coach, I’m nervous.’ I told him, `You’re going to be fine. You’re going to do really well. Relax.’

“Things started feeling usual, like I was back in high school on the playground,” Abdul-Rauf said. “Not to sound arrogant, it felt a little easy.”

But he kept making it look that way because he put in hours and hours of extra work in the solitary confinement of the Assembly Center’s underground gym affectionately known as “The Dungeon.”

“Mahmoud wasn’t a party guy,” said current LSU basketball media director Kent Lowe, who was just beginning his first season in the job when Jackson arrived. “Most football game nights you could probably find him in the solitude of the dungeon of the PMAC, working on his game.”

“I’m a freshman and he (Blanton) never gave me the impression there were any feelings of jealousy or envy in how he looked at me,” Abdul Rauf said. “He was willing to share the knowledge he had. He was supportive. He exemplified literally what leadership meant.”

Blanton jokingly recalled as a fifth-year senior that he thought he knew everything.

“It’s a transition (to college) for everybody, including him,” Blanton said of Abdul-Rauf. “Once he came out of his shell, it was over.

“It was easy for him. His crossover, his pullup (jumper), the quickness, his balance, the unreal range. The more space he had, the better he was going to operate.

“He’d come downcourt on four or five possessions, he’d hit two 3s, score on a drive to the basket and make a spectacular pass. It happened so fast you’d have to go back and watch it.”

After two spectacular years at LSU – “I’m very thankful Coach Brown saw something in me and gave me the freedom to explore and be creative,” Abdul-Rauf said – he was the No. 3 overall pick by the Denver Nuggets in the 1990 NBA Draft.

He struggled in his first two seasons, injuring his foot and gaining 30 pounds as a rookie and then watching his scoring average plummet to 10.3 points in year two.

To cope, he began immersing himself in the teachings of Malcolm X (Brown had given Abdul-Rauf, while he was at LSU, Malcom X’s autobiography) and became interested in the Islam faith. He became a Muslim in 1993 and changed his name from Chris Jackson to Mahmoud Abdul-Rauf, which translated means “elegant and praiseworthy, most merciful, most kind.”

In March 1996 in his sixth NBA season, Abdul-Rauf was leading Denver in scoring when local media noticed he was sitting out the national anthem. He’d either stretch on the sideline or stay in the locker room.

When asked, Abdul-Rauf told the media he couldn’t stand for the anthem because the Koran forbade him to participate in nationalistic rituals, adding the American flag was “a symbol of oppression, of tyranny.”

The backlash from the public and the media was severe, but there was a flip side.

“I received a lot of death threats and hate mail,” Abdul-Rauf said. “But I also received a lot of support mail from people of varied religious faiths agreeing with me. The media made my striving for justice as if it were just for Muslims.”

The NBA quickly fined him and suspended him for a game. After talking with prominent Muslims including retired Naismith Hall of Fame center Kareem Abdul-Jabbar, Abdul-Rauf said his compromise with the NBA would have him standing with his head down during the anthem and pray “for those who are suffering.”

What the media and public didn’t know about Abdul-Rauf: on Nuggets’ road trips, he toured inner cities to have conversations with men struggling with fatherhood, drugs and being jailed.

But the controversy of his American flag comments were the beginning of the end of his NBA career. He was traded after the ’96 season to the Sacramento Kings before he quit after two seasons because his playing time kept getting slashed.

He played one season in Turkey where he made half of the $3.3 million he earned with Nuggets and sat out a season before his NBA swan song with the Vancouver Grizzlies in 2000-01 at age 32.

He never got another NBA chance and he played six more seasons around the world in Russia, Italy, Saudi Arabia, Greece and Japan before retiring in 2011. He hasn’t completely stopped playing professionally, however. Abdul-Rauf is in his fourth season in the Big3, a pro 3-on-3 league featuring former NBA players that plays a late summer schedule around the country.

During Abdul-Rauf’s LSU jersey retirement (which Kaepernick attended incognito) in Feb. 2020 at halftime of a Tigers’ home game, a reflective Abdul-Rauf became emotional when he revealed his reason for wanting to excel despite battling Tourette’s syndrome.

“They (his children) were my inspiration,” said Abdul-Rauf, pausing to fight back tears as his kids surrounded him offering support.

“Growing up without a father, I would wake up and I would train relentlessly because one of my goals was to have a family someday and to be able to raise children. So, I just wanted them to know even though they weren’t there for all those years of training, they were always in the back of my mind and I wanted them to experience the moment.” 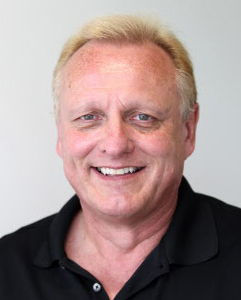