There are people in our lives who come and go as we make our way along through the journey. Some we only know for a while and some we carry with us for decades.

In a few instances, we get to know the same person twice in our lifetimes. And those relationships can be even more special because of the different perspectives they offer. A teacher becomes a friend or a classmate becomes a co-worker.

Ron Rice is one of those people that I am fortunate to have had in my lifetime. Twice. Rice, who died earlier this week, was well-known as an artist in our area. His work is everywhere and what was even better was how distinctive his work was. It only takes one glance to know that it is a Ron Rice piece of art.

But I knew him through a variety of channels. First, he was my American Legion baseball coach throughout my teenage years. Then, he became a co-worker at the Shreveport Journal, where he was a staff artist and I was a fresh-out-of-college sports writer.

Just like his artwork, Rice was distinctive. His voice was unmistakable and his “baseball coach” voice was even more distinctive. He had a way of saying “sacrifice bunting” and “C’mon (umpire’s name)!!” that no one who knew him will ever forget.

Even today, those who heard him on a baseball field decades ago can instantly break into a Ron Rice imitation at the drop of a fungo bat.

Ron would get mad at an umpire or one of his players and then 10 seconds later, he wasn’t. He was also the only base coach I ever saw who put white tape on his fingers and would flash numbers to the batter and the runner for signals, rather than touching hats and arms and belts like everybody else in the 1970s. (These days, many coaches use the same principle, only with laminated wrist bands that have a corresponding number.)

Playing American Legion baseball in the mid-1970s was actually bigger in status than high school baseball and most of the teams were coached by some legendary men. For awhile, Rice was one of the young coaching guns but over time, he became legendary as well.

Ron Rice loved baseball, but he also loved to draw and what he was able to do always amazed me. His office space at the Journal was right next to the sports department, and I was constantly in awe at what he could create. Like any good artist, all you have to do was give him a germ of an idea and he could take it and run with it. Always on time, always high quality.

But we shared most of all was a love of baseball. When I later became an American Legion coach, Ron was there when I wanted to bounce an idea or two off of him. Is a better way to defend the first-and-third play? You got any drills to get them to hit the other way with a man on second?

Connecting over baseball was something that came naturally. Even after the Journal folded, I remember getting a call at 7 o’clock in morning from Ron to tell me about a kid he was working with who “was going to be a big leaguer one day.” I think every time I saw him in last 20 years, it was in a baseball-related situation.

And then I stopped seeing him.

Two insidious diseases robbed Ron Rice of his ability to do the things he enjoyed most — baseball and art. The last few years were tough. That one-of-a-kind voice was silenced; that one-of-a-kind artistic style was gone.

Many are now left with just memories of Ron Rice, but I am fortunate to have something else. In 1976, when I was a senior playing high school football, Ron contacted me with an offer to do a portrait of me for free. In exchange, he would use my portrait to show potential football parents of his work. (Just exactly what was the downside for me?)

Two years ago, I found that portrait on the top shelf of my closet, still in perfect condition. After updating the frame, it now hangs in my house. There is not a day that goes by that I don’t see it.

So, while Ron Rice might be gone, I get to be reminded of him every single day. The voice. The artwork. And his love of the game.

When he took his last breath earlier this week, he did it with a baseball in his hand. 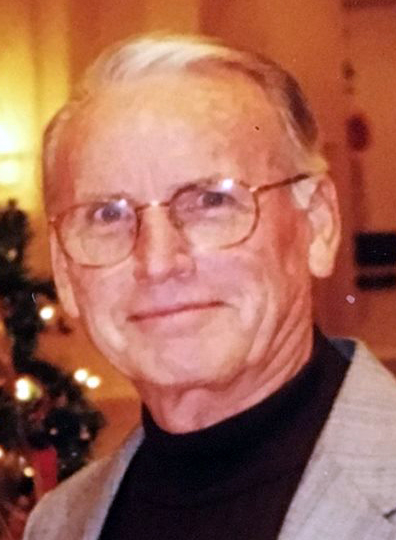