Going back to a spot you never left

I stood on the 38-yard line on the north end of the field, and I saw it all over again.

I stood in the south end zone, and I felt the celebration one more time.

I stood on the sideline, and saw the clock count down to 0:00 just like it had done before.

I stood on the track surrounding the field, alongside many of the 8,000 people who were there but couldn’t get a seat in the bleachers.

Once again, almost by accident, I was there. It had been only 43 years.

The text chain started around 7 a.m., just like it has every December 10 for the last few years. Just a few teammates and a couple of the coaches from a team that still shares a bond all these years later.

For about an hour, we all stepped away from our schedules and appointments and emails to trade self-congratulatory messages of our group accomplishment, made references to memories that haven’t faded a bit and left no doubt that we still value each other every bit as much as we did when life was so much different than it is today.

For none of us, our life’s greatest accomplishment did not come when we were 17 years old. It is a memory, like so many others we have experienced.

But there will always be something special about this memory; one that hasn’t gone away throughout all these decades.

I’ve been to Winnfield several times over the years and even when I’m just passing through, it always gives me pause. It’s not just another place in north central Louisiana.

Not long ago, I was there for a baseball game and after the final out, I felt the gravitational pull taking me to the Stokes-Walker Stadium parking lot. Not only that, but the gate was open for a jogger getting in an afternoon run.

It was too symbolic to pass up.

The last time I had been inside that stadium was the night of Dec. 10, 1976, when I was a member of the Jesuit (now Loyola) team that played Winnfield for the Class 3A state championship. We were attempting to complete a 14-0 season, but were going to have to win a third straight game on the road to do it (after winning at Bolton and Lutcher in the previous two weeks).

There’s almost nothing about that night I don’t remember. The bus ride. The locker room. The warmup. The crowd.

I remember that I never had the thought that we might lose. I remember never being nervous. I also remember thinking I should be.

Winnfield played a freakish, we-dare-you-to-try-to-burn-us defense that had us confused, while our defense was as dominant as it always was (nine shutouts during the season). It was going to take one big play and luckily for us, that moment came in the second quarter. 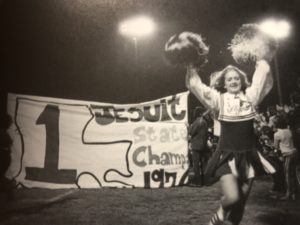 The pre-game scene before the 1976 state championship game.

Though it has slightly changed this year, the state championship games in football have been played in the Superdome since the early 1980s. As a sports writer and fan, I’ve been to about 10 of them. I recognize what a thrill it is for high school athletes to play in an NFL stadium. It is a great showcase for any fan of high school football. Perfect conditions in the big city. Sure, there are twice as many empty seats as occupied ones, but there is still the excitement of a big event in a big arena.

No doubt, it is special.

You know what else is special? Going into a overflow stadium, where it might be a little cold or a little wet. The grass is brown and might be bare in spots. There’s a full parking lot before the visiting team even arrives. The PA announcer won’t shut up. There’s nothing cookie-cutter about it.

It’s a place you’ve never been before — sometimes on the other end of the state — and a place you might never see again. But you know you’ll never forget it.

Believe me, that is every bit as special.

And yes, there is a 38-yard line at the Superdome; it’s just like the one at Stokes-Walker Stadium in Winnfield. 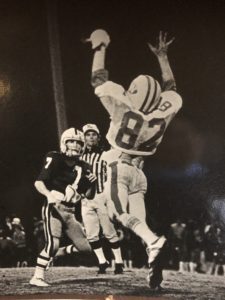 That’s why on that random day, I stood at the 38-yard line. It’s the same place where we faced second down midway through the second quarter on that night in December, 1976. A screen pass was the play call brought in from the sideline (we alternated receivers back in those days) and as the quarterback, I remember thinking two things: (1) this will work if I don’t screw it up and (2) don’t screw it up.

Winnfield rushed 10 — it seemed like 50 — and I remember seeing a defensive end coming straight for me. As he was about to jump — he had just figured out it was a screen pass — I had just let the pass go over over his outstretched arms. Once I saw it caught, I looked downfield and there was a whole of lot us and very few of them.

Sixty-two yards later, it was a touchdown. Jesuit 7, Winnfield 0. From that point on, our offense did nothing (three-and-out every possession) and the defense did everything.

Our fans rushed the field, we hugged everyone in sight and stayed on the field for more than hour, lost in the euphoria of a perfect night and a perfect season.

No one ran us off because another game was about to start.

For about 15 years, no other Shreveport school won a title, so our moment in the sun lasted a little longer than the others. This was a time before football powerhouses, so for many years, dozens of teams in every classification felt like they had a shot at winning it all.

During this time of year, I always think about the players who are about to face the same challenge. Maybe it’s not for a 14-0 season, but to win your last game of the playoffs is something only a few get to do.

I think about how they will feel that night. How proud their parents will be. How the school and the town will be putting up billboards. For the seniors, the vast majority will never put on pads again. There will be joy and relief, exhilaration and sadness.

Especially when you get the chance to go back and see it all happen again. In the very same place it happened before. 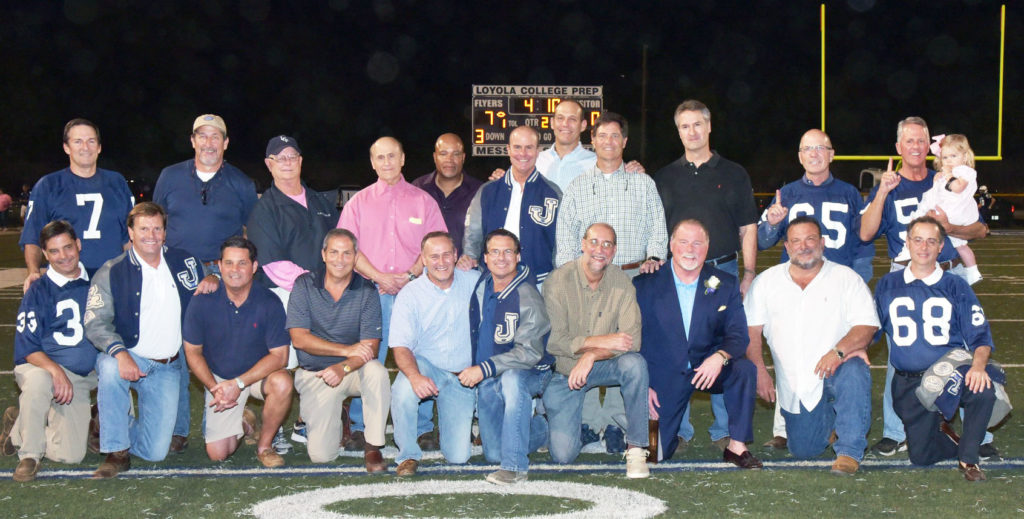