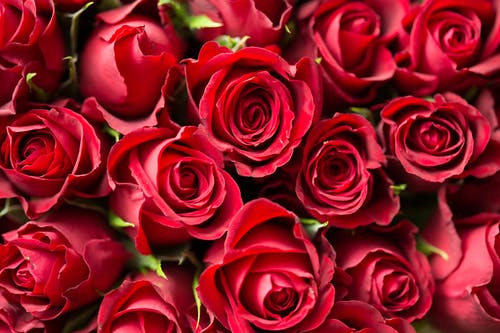 A ROSE FOR ROSE

(This ran originally in The Times and The News-Star July 18, 2010, shortly after Rose passed away at age 88. Rose Van Thyn  was a Holocaust survivor of the Auschwitz concentration camp during World War II in Poland. She became a naturalized United States citizen and lived in Shreveport. Her son Nico was a wonderful boss to the DW co-founders at the Shreveport Journal and still one of the best friends either of us could ever hope to have. Rose and her husband Louis, who would have been 100 years old July 6, were dear friends of ours who encouraged us and inspired everyone who knew them. They were the real deal, authentic, humble, and courageous.)

It will likely be a while before we see her name in print again. But we can’t forget what the life of Rose van Thyn represented, from an idyllic childhood, to a horrific young adulthood, and through  88 years of winning the big ones.

Last week’s memorial service for her could have been like any of the millions of others that would have taken place during the past 60 years or so, if all those millions of Jews hadn’t been killed in the Holocaust.

Why she was spared could never have been clear to her, but her purpose was. She didn’t want people to forget how demonic humans can be. She was a testament, by her life and intoxicating smile, that good can overcome.

And so Rose, claiming to be 4-feet-10 but playing much bigger, as they say in basketball terms, refused to let us forget. A survivor of Hitler’s Final Solution, she proved the long dead dictator dead wrong.

Even as she was eulogized, her home country’s soccer team, Holland, was losing the finals of the World Cup soccer match, 1-0, to Spain. This was a bit of a fumble, a scheduling error, by her son Nico, a former sportswriter and sports editor for Shreveport papers. To his credit, the World Cup finals never crossed his mind as he was scheduling his mom’s service.  And this from a man who long ago promised us he would retire from being a fan of any sport if Holland could just win a World Cup.

At the service, orange ties on men and orange roses in the Rose’s honor paid tribute to the Netherlands in Centenary’s Brown Chapel. The matriarch of a sports crazy family, she’d have loved it. But as her son Nico told her many friends, “This is the ultimate victory for mom, right here.”

Maybe it would have been easier had she and her husband Louis had three years of youth and life taken away, and that was “all.” But it was more than that. What they were given was the hardest part.

Think of the three or four memories you have that make you shiver with fear. Multiply those by hundreds, by thousands. She lived with screams, those of her friends and those of her own. She had little to eat or drink. She slept on shelves. She felt the fires of ultimate indifference, and she saw the ashes of generations float away in the uncaring winds of war. It didn’t end until the retreating Germans left her in a forest to be found by the Russians, then cared for by the Americans. She never forgot the Americans’ kindness.

She and Louis returned to Amsterdam to find no spouses, no home, no family, no nothing. One first cousin between them was all that remained. Imagine returning from a nightmare to an empty hometown.  They had every human right to be bitter and depressed, not for days but for decades.

Instead, they married. And within 10 years, the Jewish community got the Van Thyns and their two children to Shreveport. By the late 1950s, Rose was sewing a flannel baseball jersey for Nico. On May 23, 1961, the family became United States citizens. In her home, the family found eight copies of the Declaration on Independence and several copies of the preamble to the Constitution.

Rose was on our side. It’s a good thing to have Rose on your side. Rose is a practical joker, a stubborn and sometimes temperamental woman, a flawless seamstress, a lover of whipped cream, an above average singer, an addict of Mentos, a tenacious swimmer, a prolific writer and poet, and a death camp survivor. But more than that she is a courageous winner, a champion, and an All-American. First stringers, she and the late Mr. Louis.

What a better place this world would be if we all really believed what the girl we found in the forest knew and lived, which is how fortunate we are,  how much we need each other, and how obligated we are to fight for what’s right, and to live for the truth.